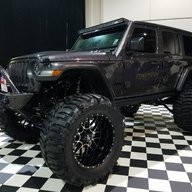 WranglerAz said:
I see what you are saying now, in case it helps you to picture them on your vehicle, here is a link to a short video of them in action, between my 37" tires. I know others have removed the rear inner fender and trimmed about three inches of the pinch seem on both sides of the rear tires to allow for more room.
Click to expand...

I have them on our company Jeep with a 2" Mopar lift and 37" BFG KO2's and there is no need for any trimming. We've sold several sets now, and I think everyone is very happy with the product. I personally had a set of AMP steps on my 2015 JKUR and these are by far better. Better in appearance, better in installation, better in operation, etc.

If anyone has any specific questions about the steps or the install, send me a PM. Also all of our products ship free!

I can’t get a decent price to install these. Quoted $900 today for an install. That’s crazy. They already shipped or else I’d cancel.

I am not mechanically inclined whatsoever and I did it. It took me about 6 hours. For a mechanic this would be like 4 hours. $900 is INSANE.
Build thread
https://www.jlwranglerforums.com/forum/threads/goin2drts-sting-gray-jlur-build.9144/

Jeeper said:
I did the install. Took me a while. Probably 5-6 hours. But I was cautious about the body bolts thing (diligently used a heat gun) and wanted to have a very clean install. I also installed LED strips I found on Amazon that are a "warm" white color (just my preference) and that took a bit longer. That said they were much cheaper than Rock Slide light option and work the same. Quality of step is very high. I hope these last years and years. Very happy with the install. And am very appreciative they included that "button" mount that allows you to place the button next to the OBD port. I would have not enjoyed drilling into the plastics to place that guy. Also, they play nice with the splash guards in case anyone is curious. Are you running bigger tires or stock? Wondering how high it is from the ground on stock. Probably 8 inches?

LLRubylady said:
Are you running bigger tires or stock? Wondering how high it is from the ground on stock. Probably 8 inches?
Click to expand... That's perfect. Thank you. That will help me get in for sure.
I may get bigger tires. I'm still on the fence. This jeep is costing me $$$ already 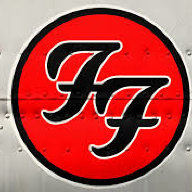 Anybody tried wiring these steps up to one of the four Aux switches that comes with the JL tow package?
OP 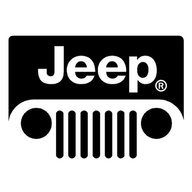 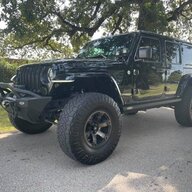 Goin2drt said:
I am not mechanically inclined whatsoever and I did it. It took me about 6 hours. For a mechanic this would be like 4 hours. $900 is INSANE.
Click to expand...

That is part of what I am trying to wrap up my head around. My go to shop quoted $800 for the install. The steps themselves sound like a 4-6h effort (and I am NOT mechanically inclined, but I can RTFM). The additional step is to do the wiring. How long are y'all taking to do that?
2019 JLU Moab (Black Dahlia)
Fuel Wheels Beast 17x9 -12 | Nitto Ridge Grappler 37 x 12.50 | Rock Krawler 3.5” Adventure Series w/ Fox Shocks | Smittybilt Gen 2 XRC f/r bumper | Smittybilt Gen 3 XRC 12k winch

It took me about an hour and a half maybe two, to mount the steps on the Jeep. I had one sticky body bolt, but I did get it loose. Both pinch seam holes (one on each side) were slightly misaligned, so I had to drill them out, which took two seconds.

I will go find my forum notes on the electrical install, which I did the next day and it too took about 2 hours or so (memory fades) but it was very easy and straight forward. The early part of this thread talks about some of the installation tricks.

If you decide to do it yourself, you will need a few tools, like an impact wrench (for the body bolts) or a substantial pipe to put over your socket wrench to give you some leverage on breaking them loose. A Torque wrench to tighten the body bolts back too spec, some basic hand tools, and some patience. One a scale of one to ten, based on all my Jeep tasks to date, I would give this a six to seven for complexity (mostly around the body bolts) and a three to a four on the electrical.
Last edited: Apr 2, 2019
●|||||||● 2018 JLU Rubicon - JCR Offroad front/rear bumpers, WARN Zeon 10s, Mopar 2" lift, BFG KO2 37" tires, KMC Rockstar wheels, TeraFlex adjustable steering stabilizer, Rock Krawler adjustable track bars, black Magnaflow dual tip axle back muffler
●|||||||● 2003 TJ Wrangler X - Tuff Stuff Overland front/rear bumpers, Tuff Stuff 13k winch, Rock Krawler 2" lift, Steinjager adjustable upper/lower control arms, BFG KO2 33" tires, Mickey Thompson chrome wheels, Teraflex steering stabilizer, Bartact seat covers, Banks Performance cat back exhaust
Past Jeeps: 2015 JKUR - 2012 JKUR - 2011 JKR - 2006 TJR - 2001 Grand Cherokee - 2000 TJ Safari

Thanks for that. By the time I order these, I'll be in a house where I can take my time. I'm in an apartment now without access to a space where I could work unhindered.
2019 JLU Moab (Black Dahlia)
Fuel Wheels Beast 17x9 -12 | Nitto Ridge Grappler 37 x 12.50 | Rock Krawler 3.5” Adventure Series w/ Fox Shocks | Smittybilt Gen 2 XRC f/r bumper | Smittybilt Gen 3 XRC 12k winch

Alien Ant Farm said:
Anybody tried wiring these steps up to one of the four Aux switches that comes with the JL tow package?
Click to expand... 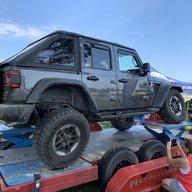 Rock Slide Engineering(with TeraFlex) was at the Coal Mountain PA Jeep Jamboree last week end. Seeing them action made me order them. I’m also putting on 35” tires and a 1.5” TF spacers. My girl friend had trouble getting in and out of my stock JLU Rubicon. So I’ll do the tires, lift and RS all at the same time. 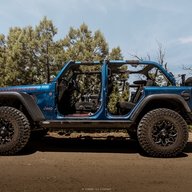 Anyone install the Rock Slide Engineering drop down steps?
2