Would You Order a JL Again? 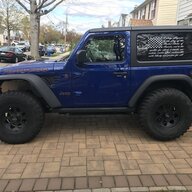 RAO said:
Curious to know how many would consider ordering another JL considering the issues with the build process. When you answer, please say how long from order to delivery, assuming you have received yours. If you haven’t received yours yet, when you ordered and what stage your order currently is at.

I think about how this has all gone, and it seems most if not all that bail on their orders still seem to end up with a JL. My point being that there is no incentive for Jeep to fix this if they still sell Jeeps.

I would in a heartbeat. Although, I have to confess. I have a 2019 Rubicon that I ordered and had to wait 9 1/2 weeks for delivery. I rolled my 2013, or I would still have that. The wait wasn’t bad, I just drove my other Jeep, a 2009 JKU. Hopefully, I won’t be ordering again for quite a while, seeing all the delays. You have my sympathy. Still worth the wait in my opinion. 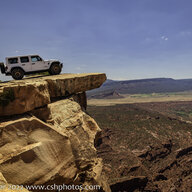 I was quoted 8-12 weeks when I ordered last August. I drove it home at 10 weeks to the day. Would I order again? Absolutely!

In normal times, if you're fine with the normal run of the mill builds dealers order, there's no reason not to buy off the lot. There will be enough to choose from and you won't be gouged. But with the state of the world today, ordering is the only way to go, regardless of that you're buying.

But with the state of the world today, in most places if you can find something on a lot you're going to pay a premium. If you order at a good dealer, you'll pay MSRP or less.

If you want something that isn't in a "normal" build (manual transmission), ordering is pretty much the only option. Plus when you order you get exactly what you want. 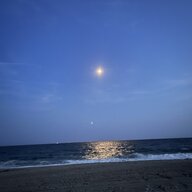 Reinen said:
What? There's been a global supply chain disruption that's impacting the entire industry. It's not a question of if that disruption will impact production but how much.

What are you going to do, buy another make/model? Get used to disappointment. Yeah it sucks but Jeep is handling it better than most.
Click to expand...

I think Jeep is doing ok considering the environment. I ordered a Bronco on 12/8/21 and was told 4-6 month wait. That was a pipe dream as I'm now closing in on 5 months and don't have a VIN or build date assigned. My dealer said someone at the dealership ordered 14 months ago and is still waiting. I currently have a 4runner TRD PRO and so I also put my name on a waiting list for a 2022 PRO as a backup. That was 3 months ago and my dealer said I may have to wait and get a 2023. So....On 4/14/22, I ordered a Wrangler. Joined Tread Lightly and got 1% under invoice plus first responder rebate. My dealer said I'll have it in 3 months. I am jaded so don't have high hopes but I did receive a VIN within 6 days. I'm 5 months in on the Bronco with no VIN. Of the 3 vehicles I now have on order, I'm most excited about the Wrangler. I love my 4runner but I've had 3 in a row and just need a change. I ordered the dual top option on the Wrangler and am excited about some top and doors off driving in the summer. I'm just kind of disgusted with the whole Bronco rollout and the zero communication from Ford or my dealer. The 4runner and Bronco orders are at MSRP so I got a far better deal on the Wrangler and I'll be able to sell my 4runner for more than I paid for it, 3 years ago. 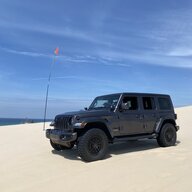 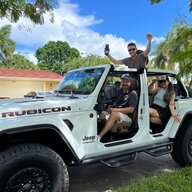 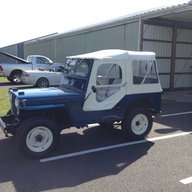 Of course I would! I'd probably test drive a Bronco first to make sure if I didn't want that, though. I am really pleased with my wrangler though!

Also, I prefer factory ordering over buying one off the lot. If I went to order a Jeep from the dealer and they told me "hey Kyanche, we have this exact build on the lot right now, would you like to buy it?" I'd be very tempted... but ordering is pretty fun! I like tracking the build and getting the window sticker with my name on it lol. I like knowing that it was built FOR ME SPECIFICALLY. It never sat in the dealer lot, it didn't get used for test drives, just mine! 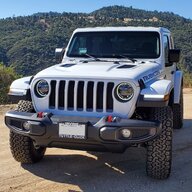 Every day of the week and twice on Sunday (if the dealership is accepting orders)!

Aug 19, 2022
kirianjahiem
What options would you recommend for/against for a new Jeep owner?
2 3

Poll: Would you still buy a Wrangler if Jeep did not build custom orders?
2 3 4

What would you do?
2