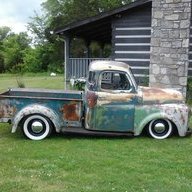 mufin281 said:
The issue was a loos bolt on the plate covering the 48 volt battery. After 2 1/2 weeks having my brand new jeep in service, they merely needed to tighten a bolt. Fiat Chryslet just announced a recall on 180,000 Doge Rams for the same issue https://www.freep.com/story/money/c.../fiat-chrysler-recall-ram-pickups/2701527002/.
Click to expand...

Hopefully that has it taken care of. This forum is full of doom and gloom, but that has been my only issue. I really like my Jeep, and it’s the only major purchase I’ve made with zero buyers remorse. Now that you have it back, go enjoy it.
Advertisement

mufin281 said:
The issue was a loos bolt on the plate covering the 48 volt battery. After 2 1/2 weeks having my brand new jeep in service, they merely needed to tighten a bolt. Fiat Chryslet just announced a recall on 180,000 Doge Rams for the same issue https://www.freep.com/story/money/c.../fiat-chrysler-recall-ram-pickups/2701527002/.
Click to expand...

The 48 volt BCG/ lithium battery is so new most have no experience or knowledge. The recall will soon extend to any JEEP equipped with it, hopefully before someone gets killed. Not trying to spread doom and gloom just try to help.
OP
OP

BillG said:
Hopefully that has it taken care of. This forum is full of doom and gloom, but that has been my only issue. I really like my Jeep, and it’s the only major purchase I’ve made with zero buyers remorse. Now that you have it back, go enjoy it.
Click to expand...

Thanks for the nice words. After all the shit I've been through in the first few weeks ownership I still wasnt ready to give in. I can't wait to actually enjoy it!
OP
OP

I cannot speak for whether the 3.6 has the hybrid but you are correct in that I have a 2.0.
OP
OP

offcamber said:
This happened to my wife two nights ago. Steering got stiff as she tried to swerve to go around a suddenly braking car. She gave it more muscle then suddenly it came back and it caused her to over correct and spin into the oncoming lanes. Luckily there was no traffic or it would have been fatal. She came home, threw the keys on the table and said she would never drive it again.
Click to expand...

I reported the power steering failure to the THSA. They are giving this more attention than Jeep or my dealer ever did. I recommend reporting it also to help get the issue corrected. 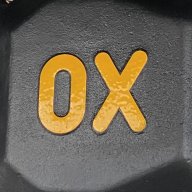 mufin281 said:
I got my 2019 Jeep Rubicon on December 8, 2018. Like any other day of the week, I began my nightly commute home from work on January 7, after driving it for less than one month and under 2k (mostly) pavement miles. It was 40+ degrees w/no precipitation. A mile into the commute at just 10 mph through a business park so far, I stopped at a yield sign before entering a 5 line highway packed with commuter traffic. I entered the highway only to find I suddenly had no power steering! It was as if the auto stop feature didn't fully turn the vehicle back on; the lights were dim and I had no power steering. I was able to get two lanes over to the turning lane. Then, the power steering turned back on! I luckily did not over compensate the turn too dramatically and kept the Rubicon in the turning lane versus cutting over into oncoming traffic. The power steering remained on through the red light; I turned the wheel back and forth to be sure. Then, just after turning left onto the very windy and heavily traveled road, the power steering turned off again.The power steering continued to turn off and on, inconsistently on this busy windy road, for the next 20 miles, the whole way to the dealership. Not only has Jeep apparently given no guidance to the dealership on how to handle this situation, but the service technicians really don't seem to have a clue on how to troubleshoot it. First, I was given a 2016 Chrysler 200 as my loaner car, which isn't even close to comparable to the '19 Rubicon! Five days after having that POS and getting no progress on my Rubicon, I was able to turn it in for a 2017 Wrangler Sport. At that point, the technician told me that I was mistaken for believing that my power steering had any electrical components to it. Apparently I am a confused female and the JL power steering is 'straight mechanical'! I'm so relieved to know I have such well informed humans working on my vehicle. Also, as of Saturday (they had my Rubicon for 6 days at that point), they had plans to replace a steering gear box sometime this next week. However, as of today they still haven't done one thing to attempt a fix, but throughout the 60+ test drive miles they've put on my Jeep, they have now decided to replace the power steering pump instead. This Jeep is going to spend time off road. How can I ever trust to take this on the Rubicon trail when I can't even trust it to get me home from work and the dealership has no idea what to fix or why?!!? I am literally now concerned for my life and it's unfortunate that this is my first new car, first jeep, first 55k car purchase. Any guidance on this situation would be truly appreciated.
Click to expand...

I had exactly the same issue with my 2019 JL Sahara. It is in dealership for diagnostic. Has your vehicle been fixed?
OP
OP

Sorry for the late reply...yep still good...I’ve had no issues at all with the power steering since they tightened that bolt.
OP
OP

jjjstc said:
I had exactly the same issue with my 2019 JL Sahara. It is in dealership for diagnostic. Has your vehicle been fixed?
Click to expand...

If it is the same issue, it is a SIMPLE fix. The issue was merely a loose bolt on the plate covering the 48 volt battery. After weeks of the dealer having my brand new jeep, it merely needed a bolt tightenEd! I have been driving it for over a year now with no power steering issues at all.

mufin281 said:
After the dealership had my car for 14 days (I only owned it for 29 days), had replaced the power steering pump and the steering gear box, both resolved nothing as I expected, they finally found the issue. A bolt on the plate covering the 48 volt system was loose!!! A tech in CA found the resolution after working on multiple jeeps with the same symptoms. They literally took the bolt off, cleaned it up and screwed it back on. The loose connection caused a short out making the power steering fail. This whole event has been mind boggling really. One only driven it for one day but I trust it is resolved....all because one robot on the production line didnt tighten the screw enough!!!
Click to expand...

DadJokes said:
Do we have a pic of this bolt? It might be something to keep an eye on for tightness and corrosion.
Click to expand...

mufin281 said:
The power steering went off and on for my entire ride (about an hour). The service technicians have also apparently had it happen to them 3 or 4 times in the 60 miles they've driven it, although I haven't been allowed to speak to the technician that experienced the power steering failure just yet so I can't say if their experience was the same as mine.
Click to expand...

I had the same thing happen to mine but the technicians couldn't replicate it. I've taken it in to two different dealerships for a total of 4 times and no one has been able to fix it. I have a Jeep Cares Case manager but they aren't doing anything either. This is a MAJOR safety issue.