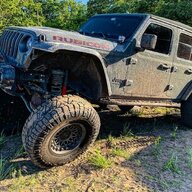 Big Mo said:
Installed the Go Rhino stubby front bumper and two @InspiredEngineering cube lights with plug and play floods to replace the fogs. I had to remove the harness from the old plastic bumper for the plug and play to work, but it works like a charm by pushing the fog light button on the dash. 
How are the fogs behind the mesh grill? Do they still look as good as the oem fogs?
2019 JLUR 2.0 StingGray 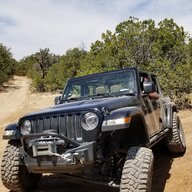 Eduardov918 said:
How are the fogs behind the mesh grill? Do they still look as good as the oem fogs?
Click to expand...

I think they look and work great. There are four different places to bolt the the cubes to and with the kit they work with the oem fogs. I replaced the fogs with floods and put spots up higher. 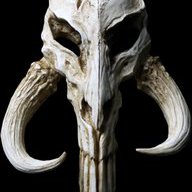 desert runner said:
I tried to attach higher wattage LED lights to the LED light plug under the front bumper and noticed that the lights cut out after a few second. Looks like there is some kind of protection circuit? Has anybody else noticed this?
Click to expand...

What you will want to do is use the fog light power as a feed for a relay that then powers your light bar from a straight 12v source from battery. You can do that by: cutting off the fog light plug and using the raw wires, or use an online crimp adapter to tap into the hot wire, or find a two output pigtail to feed your relay.

Basically use this logic: when you turn on your fog lights, it activated a relay. That essentially is the function that turns on a switch to allow power from a separate source to power the light bar.

Are OEM Leds plug and play?