garfieldtcat said:
I think it's more likely that they just used the stickers that they had.

There is a federal law that says a dealer can't sell a used car until it has a buyers guide attached. It's just that piece of paper you see stuck to the window of used cars that tells you what warranty it comes with, to get is inspected and stuff like that. Kind of the equivalent of a window sticker on a new car.

When a dealership takes in a trade or buys a car from auction, they cannot be sold on the lot until the buyers guide is attached. So some dealers will put those stickers on them to make sure nobody tries to sell them until they comply with the law. Pretty much all of the dealers around me keep those cars off the lot until they're ready to be sold, so you don't see stickers like that very often in the real world.

But if these dealerships had those stickers laying around, I could see them just tossing them on the Jeeps affected instead of getting or printing new stickers.
Click to expand... 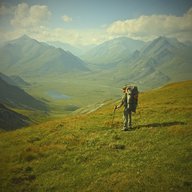 Jebiruph said:
Would a dealer buy several jeeps that were "bought back" and repaired? Those would have to be sold as used.
Click to expand...

I know that at least 6 of the JL's with the window stickers were brand new, not bought back. The Bikini JL hit the lot 5 days earlier and then sold but the owners can't have it until the steering damper is replaced. 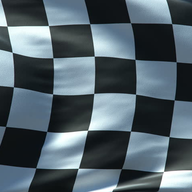 Anyone know the part number of the steering damper these dealer are waiting on? When I took mine in for the wandering steering about a month ago, they initially replaced my original damper with an "AD" damper, but while they had it, they learned of a newer "AE" damper which they ordered and swapped out the following week.

Neither one made any real difference in the wandering. I'd have to say the steering actually felt overall crisper on the "AD" I had for that week, than the "AE" that ultimately replaced it. The "AD" actually felt like an improvement with less of a dead spot in the steering, while the "AE" feels more like the original factory part. I've pretty much decided to just live with it, unless a miracle cure-all or official recall comes along. Don't have the time to play a constant back and forth game dealing with it.

There are two different part numbers on there for a steering damper. I’m not sure the difference.

Guess that answers the question I posed a few posts back about which damper version they were installing. Appears to be the same "AE" damper they just installed on mine. Part# 68251580AE on my work order, same as your spreadsheet shows. That being the case, don't expect much of a difference from the original dampers.

I know that, I’m talking about the two restricted part numbers in yellow. Both are steering dampers, both will fit a Sahara so it’s not 2 dr vs 4 dr. I don’t know what the difference is with those two different steering dampers. Both are 1 per week per dealer.

I posted this in the other steering thread. There was no response, so I’ll post it here too....

I called a few dealers to find the difference between the 2 steering dampener part numbers on the recall status guide.

68284208AE has a April 15th date on it. 68251580AE (same one I have with issues) has a March 26th date on it and all the dealers are saying that’s the latest part in the system. Both will fit my Sahara, both also have restrictions on ordering, 1 per week

I should take delivery of my Rubicon today or tomorrow. How do I confirm that this recall has been addressed (other than asking the salesman)? 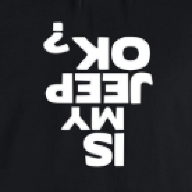 Scott_F said:
I should take delivery of my Rubicon today or tomorrow. How do I confirm that this recall has been addressed (other than asking the salesman)?
Click to expand...

Check the part number label on your steering stabilizer and drive it on the freeway for at least 15 minutes before you sign any paperwork. It could have other steering related issues. Be sure the tire pressure is 37 PSI and matches the door jam PSI information before your test drive so you don't get a contaminated test drive. You can check the PSI by pressing the buttons on the steering wheel and scroll through the menus.

Scott_F said:
I should take delivery of my Rubicon today or tomorrow. How do I confirm that this recall has been addressed (other than asking the salesman)?
Click to expand...

Salesperson question - credit for sale on a custom order?
2