You thought Corona threatened a plant shut down? How about a lawsuit? 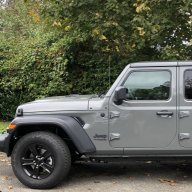 27 Toledo auto workers are suing FCA and the UAW after they claim they were defrauded out of wages, benefits and seniority

TOLEDO, Ohio — A civil lawsuit has been filed by 27 Chrysler Toledo Jeep plant employees against FCA, the UAW and several individual officials after they say they were defrauded out of wages, benefits, and seniority.
According to the complaint, the employees all began working as temporary employees at the Chrysler auto plant in Toledo back in 2007. Although they were only supposed to work Mondays, Wednesdays, and Fridays, the employees claim they worked full-time, and sometimes overtime hours, for most of the six years in which they were under the temporary employee status, meaning they didn't receive full-time pay or benefits.
The collective bargaining agreements between Chrysler and the UAW made clear that temporary employees were not to be used in place of permanent employees as a way to avoid paying full-time wages and extending those benefits. These employees were also not to be hired when the company expected the job would last more than 120 days. Plus, the company leadership was supposed to offer temporary employees the opportunity to become a permanent employee within the first 119 days of employment, based on a "first-in, first-out" system, should a permanent position become available.


The employees claim that despite the fact they should have been hired on permanently prior to their 120th day of work, they weren't moved to a permanent status until March of 2013, years after they had initially been hired. Additionally, they claim that other individuals were hired as permanent employees ahead of them, despite the "first in, first out" system.
The employees say that before they were hired as permanent employees, Chrysler hired around 100 employees who had previously worked at Gonzalez, a Chrysler parts supplier, back in 2012. These workers were allegedly hired before the temporary employees switched to permanent positions, receiving a better seniority date and many with a higher rate of pay, contradicting the collective bargaining agreements.
As temporary employees, they did not receive full-time benefits or seniority but did receive a higher wage that eventually became known as Tier I. However, once they were hired on as permanent employees, they claim their wages dropped to Tier II, which was around $8-$12 less than what they had been making before.


In July of 2013, UAW Local 12 and the International UAW filed grievances against Chrysler on behalf of these employees and several others in the same situation. However, on Jan. 31, 2014, UAW International representative Troy Davis withdrew those grievances without telling the impacted employees.
Additionally, the complaint states that officials from local, regional, and international unions told a number of the employees throughout 2014 that those grievances were still pending.
The employees say it wasn't until late Oct. to early Nov. of that year that they discovered the withdrawal, and when they learned this happened 10 months prior, several of them reached out to UAW officials seeking guidance on how to fix the situation. These employees were told that nothing could be done because the time limit for appealing the union's withdrawal had passed.
Believing it was too late to appeal, the employees didn't try to file any internal appeals and went directly to federal court.


In April of 2015, they filed suit against Chrysler and the UAW, claiming violations of the National Labor Relations Act and the Labor Management Relations Act.
However, leaders with the UAW and Chrysler argued that the employees had failed to use internal solutions and were never excused from doing so. The employees responded by saying they had been misled, and therefore should be excused from having to exhaust their internal remedies. Eventually, the court sided with the company, granting summary judgment.
This decision was appealed, and in March of 2018, the US Sixth Circuit Court of Appeals issued an order, allowing the employees a chance to try resolving the issue internally.


When they tried to begin the internal UAW appeal process, they were allegedly told by UAW International President Dennis Williams that the union viewed the appeal letter as a request for the International present to waive time limits on filing an appeal.
These employees then requested the extension and in Dec. of 2018, the new UAW International President Gary Jones refused.
The employees then went to the UAW International Executive Board (IEB) in an effort to appeal Jones' decision but in May 2019, Jones told them the IEB had affirmed his decision. The IEB decision, however, went unsigned.
They then went to the UAW's Public Review Board to appeal. In response, Jones sent a letter to the board, explaining why the IEB agreed with his decision. On April 2, 2020, the Public Review Board took the side of the IEB.


The lawsuit claims that the entire time they were dealing with these grievances, high-level officials at Chrysler and the UAW were engaging in a "wide-ranging, long-lasting criminal bribery scheme" with the goal of saving Chrysler millions of dollars by having the union take company-friendly positions.
The alleged scheme began in July of 2009, with improper payments from FCA to UAW officials, funneled through the Chrysler-UAW National Training Center (NTC).
The employees were also unaware that at the time they filed the original lawsuit, the United States Attorney for the Eastern District of Michigan, the FBI, and the United States Department of Labor were investigating corruption by and between Chrysler and the UAW.


WHAT THEY'RE ASKING FOR


The employees are asking to be returned to their Tier I permanent positions and pay status, with all corresponding increases in pay and benefits, retroactive to their contractually-mandated eligibility dates, along with seniority retroactive to the date when it should have begun.
They are also asking for compensatory damages, punitive damages, appropriate costs, attorney fees, and "whatever other relief the courts deem appropriate."
Advertisement
ok 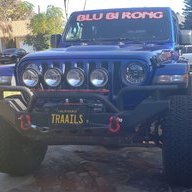 Sheesh! The price of a Jeep is going up!

Everyone saw this coming after the judge stated in the other racketeering suit that FCA workers were the harmed group.

It's also unsurprising why manufacturing here is a thing of the past.

Summary:
13 years ago, 27 employees claim that they should have been hired as full time employees and were Not. They waited until 2015 to make a claim in court and lost at the first trial. Now, they have filed some other lawsuit......... 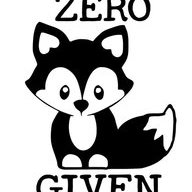 Dkretden said:
Summary:
13 years ago, 27 employees claim that they should have been hired as full time employees and were Not. They waited until 2015 to make a claim in court and lost at the first trial. Now, they have filed some other lawsuit.........

GreyFox said:
And maybe these 27 people were actually just lazy POS's and that's why they were never offered full time employment 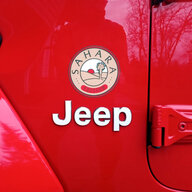 Following a long federal investigation, FCA was found guilty of racketeering and bribing union officials, and was sentenced last year. These practices came down from the very top, including Marchionne himself. Several union and FCA officials have been jailed since.

Once a company goes down this path, it exposes itself of this type of lawsuits.
Rairdon's Jeep of Bellingham dealer service SUCKS 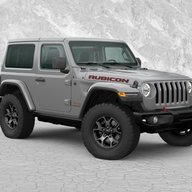 They sound really stupid, so more than likely repubs.

Let’s all agree that they’re Covidiots. 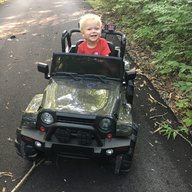 Well $h*t, there goes the V8 Wrangler. Can’t afford to make one of those anymore.

This is called "co-employment" and is pretty common. Hire them as temps with no benefits and treat them exactly like full-time employees. There are a number of things you can do as an employer to avoid these suits and they are hard to win.

The lawsuits were started by a group of temps at Microsoft years ago.

This just in: authorities in Germany, Italy and Switzerland raided FCA offices in connection with diesel emission scandal.

aldo98229 said:
This just in: authorities in Germany, Italy and Switzerland raided FCA offices in connection with diesel emission scandal.

Interesting. I wonder if this action will impact the timeline of the merger?

aldo98229 said:
This just in: authorities in Germany, Italy and Switzerland raided FCA offices in connection with diesel emission scandal.

Disabling inactivity shut down after 30 minutes?

How do you shut off the alarm if it will not stop?
2