Installed a Nillkin wireless cell charger on the dash which holds my iPhone XS securely while using the recommended magnetic case. Attached the charger to the mount and fed the right angle micro usb cable between the 8.4 display trim and the dash. Routed the USB cable behind the climate controls and over to the AUX switch output wires where I attached them to the Accessory lead (Orange with Pink stripe) so the charger is only powered on when the ignition is on. A couple things that are nice about the Nillkin charger are that 1) it has a couple faint blue LEDs on the back of the charger that light up when the phone is properly attached so you can see when the phone is charging, and 2) the magnets in the case are solid. I'm not concerned about the phone falling.

Note to self, don't put loose credit cards, hotel room keys, etc. in the same pocket as the phone with the magnetic case. Not a big deal for me because I always keep my phone by itself in a back pocket, but ask me how I know... 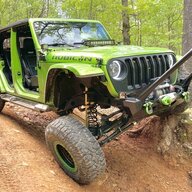 Nice feedback and write-up! I was looking at this charger, before i went the ProClip direciton. I sent the company a couple questions, but they never got back to me. Nice to see that there are some options with it. I might consider it in the future, based on your experience. Thanks again!
2019 JLUR 3.6 MANUAL Mojito!
ProjectBuild: Radioactive 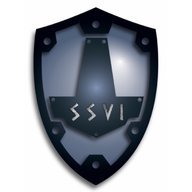 What do you have the USB cable plugging into before it goes to the accessory switch?