I know that jk bumpers mount directly on the new jl but does anyone know if this would fit a stock jl bumper as it does a jk?

Did you determine if this would work or not?

I’ve been trying to find a reasonable solution for bumper mounted lights to no avail.

Mopar brackets only avail for the hoopbut not bumper yet.
OP
OP

Still no movement on this... all I have seen is custom L brackets by a couple forum members 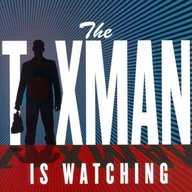 Light bar that will fit to my factory steel bumper?
2