bwilly622 said:
Just got back from the dealership. Had tires rotated, oil change and TSB 08-017-21 performed. Took around 2 hrs for the software update to download to usb and upload into the Jeep. On the 20min ride home, I did not see carplay glitch. Will have to take a spirited ride to give it a real test, but so far, so good!
Click to expand...

What year is your car?
Advertisement

moisesj23 said:
I’m at the dealer and they confirmed the update on the radio unit. I’ve been at the dealer four hours. They have to download the file from a central repository and push it to the jeep. If I knew this, I would have come back for it later, this is insane.
Click to expand...

What year is your car? 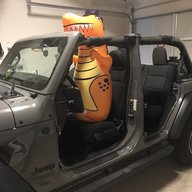 DOCXKT said:
What year is your car?
Click to expand... 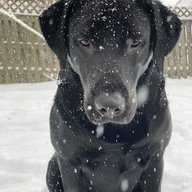 Had the update installed last night on the 2020 JLUD Ecodiesel. Drove the vehicle last night and for a forty minute ride into work today. No flickering observed.

I printed the TSB documents posted by Jeep cares on a previous post on this thread, highlighting vehicle make, model, year, issues observed, TSB document/file number. I also printed the notes about the date error on the document that we identified initially here. I Left the jeep overnight, picked it up in the morning without issue. No issues observed so far. Note dealer said it is incredibly complicated finding specific TSBs in the system and cited that printing the paperwork ahead of the drop off made it a lot easier for them. May want to try this route as a best practice.

I'm super sorry to hear about the experience some of you are having while trying to get these concerns resolved. If any of you would like additional support while working alongside your dealers to ensure that this is properly addressed, please do not hesitate to send our @JeepCares team a private message.

Courtney
Jeep Cares
To start a conversation, click our username then select the ‘start a conversation’ button and send us your make, model year, and mileage for us to review. Staffed M-F 7:30am-5:30pm EST by the Stellantis Social Engagement Team.

Its been since 3/19, I have had no more issues with the screen flickering devilry since the update. 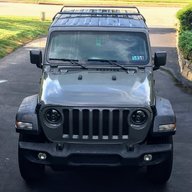 Alienwrcsshop said:
Its been since 3/19, I have had no more issues with the screen flickering devilry since the update.
Click to expand...

Haven't been using the Jeep as much since I am WFH, but from the short trips I have been making, I have not seen any glitching on the screen.

Alienwrcsshop said:
Its been since 3/19, I have had no more issues with the screen flickering devilry since the update.
Click to expand...


What year is your Jeep?

Has anybody with a 2018 JLU gotten this work done?

DOCXKT said:
Has anybody with a 2018 JLU gotten this work done?
Click to expand...

Mine is a 2018. Finally took a 3 hr ride, had zero flickers. Recommend to get done if you’re having the issue. Just make sure to do it before warranty is up because it’s a TSB and not a recall. Unless Jeepcares can put a word in for you.

bwilly622 said:
Mine is a 2018. Finally took a 3 hr ride, had zero flickers. Recommend to get done if you’re having the issue. Just make sure to do it before warranty is up because it’s a TSB and not a recall. Unless Jeepcares can put a word in for you.
Click to expand...


One of the Jeep cares member on this forum told me there’s no tsb for a 2018 model. The one I spoke to prior on the phone told me there is but can’t get a hold of him. Now I have a appointment hopefully they vdcan resolve this issue because last time I went in they replaced my whole unit instead

I don't think I'm the only one that has done this but unfortunately feels like im the only one being screwed over by the dealership and now uConnect. I purchased my Jeep with a 5" system, I honestly should have just purchased one with a 7" but the dealership didn't have one with a hard top and sting gray at that time. Well, I ended up swapping my system for a 7" one after asking mopar if that was allowed, before I purchased my extended warranty. They said as long as it was an original part then it was no problem. I started seeing the flickering issue on my 7" months after replacing it. I went to the dealership for an oil change and tire rotation and I brought it up. The manager said that I broke something and it was not covered under warranty. Well, while I waited for them to be done, I looked up the issue and found this thread, I showed the manager the TSB on post #59 and the manager said he had no idea what I was showing him and that it meant nothing to him. I called and made an appt for them to have a look, the guy told me it was covered under warranty and they would fix it. I get a call from the service manager and he says since I was using a third party cable to connect my iPhone, my warranty was voided (same manager from the oil change that told me the TSB meant nothing to him). I told him I had been using an apple charger and switched it to see if it helped with the flickering and it didn't so I switched back (apple cable was still in the Jeep). He calls me back later and says the "diagnostic" is to switch back to the 5" uconnect and that I was paying for the diagnostic and the rental car I was given for that day. Essentially I ended up paying almost $300 for what now it feels like an excuse by the dealership to charge the customers. I called and spoke to the head of the service department and he said "well, the technician took a look and spent an hr on your Jeep and that was his diagnostic so he put time into it. Besides, we know if you replaced something yourself, it will not be covered under warranty so you have to pay" - pretty much said when I took my Jeep in for the uconnect issue, and the guy told me it was covered, it really wasn't, yet he wouldn't give me a refund.

This is my very first Jeep and I can honestly say I am extremely frustrated because not only is the UConnect unit flickering more than ever, the USB port doesn't sync Apple Play/GPS/Charge my phone and the backup camera is acting up. They didn't care and said any work they would do is out of warranty. I was way better off with just a flickering display. Jeep needs to do better, with their hardware AND customer service. The whole experience felt like they were just trying to squeeze money out of me. Now I wonder if/how much commission service reps make from charging customers. 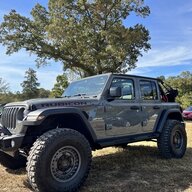 Just had the dealer flash the update (08-016-21) for my 19 JLUR today. I had called a week prior to make sure they understood what i wanted. Today it took about two hours for the download. Will report back.

Scarr2k said:
Just had the dealer flash the update (08-016-21) for my 19 JLUR today. I had called a week prior to make sure they understood what i wanted. Today it took about two hours for the download. Will report back.
Click to expand...

Well not sure if Its my imagination but on two occasions when using Waze in car play mode I swear the whole screen makes a quick flicker instead of the horizontal line flicker which happened prior to the flash and usually towards the lower part of the screen. I have a 19 JLUR. I’m going to keep an eye on it but I have not seen it flicker when adjusting the volume like it was prior to the TSB flash so thats good.

UConnect Updates for the 7" Screen