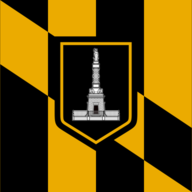 According to reports, the Stellantis plant responsible for assembly of the lantern-jawed pickup, Toledo South, will halt the [Gladiators] production next week.

Wrangler production is not affected. For now.

…the company is allocating what chips it has on hand to vehicles that are in the most demand or making bank in terms of profit. While no one will suggest the Gladiator is an unprofitable vehicle, it does sell at a slower pace than the Wrangler. Given a choice, Jeep is wise to leave production of the latter uninterrupted. There are marked differences between the two machines but there are also vast similarities, leading us to rightly assume some parts (like certain semiconductors) can be transferred from one assembly line to the other in a bid to keep the place humming.
Click to expand...

Poll: Jeep JT Gladiator to Wave or not?
2