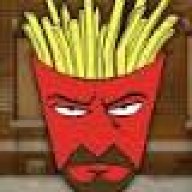 I used to want a V8 in a Wrangler (TJ) until I got my '05 Mustang GT.... Then I drove a WK SRT8, would never want that power in anything less stable than a Grand Cherokee. The WK & WK2 suspension setup are just right, putting that in a Wrangler would be a bit hindering (in factory spec).
To be honest, didn't feel enough "umph" in the AEV (5.7) HEMI conversion to warrant the extra cost since the larger tires sops up some of the grunt. Never needed the extra grunt off road (even with the 4 cyl in my first TJ)

A V8 in a pre runner build would be cool, but on rocks

Kahdir said:
A V8 in a pre runner build would be cool, but on rocks

Exactly, its the same way the Raptor and Power Wagon are different in the truck world.
Matthew 11:28-30

I read the reasons not to, but it's all so cool! The V-8 is visceral; it's the sound, the giddy up; the way it makes you feel.

Don't have to have a V-8 per se, but I'd love to see Jeep give us something with a lot more power and torque. The current motor just feels sluggish, at least in my opinion- add some heavy accessories, lift, tires, cargo for a trip and you are leaving a stop sign at the rate of a school bus and in the right lane on the interstate getting passed.

Kahdir said:
To be honest, didn't feel enough "umph" in the AEV (5.7) HEMI conversion to warrant the extra cost since the larger tires sops up some of the grunt. Never needed the extra grunt off road (even with the 4 cyl in my first TJ)
Click to expand...

That AEV Hemi was likely an early Gen3 5.7 with 350HP and very poor torque curve. The more recent Gen3+ revision have more HP and Torque and have a torque curve more similar to the 6.4 with early on power, compared to the previous generations more gradual delivery.

The updated 5.7 would be a good fit for the Wrangler, being fairly compact, significantly lighter than the 6.4 and way lighter than the EcoDiesel, yet offering good torque for off-roading and to move bigger tyres.
No need to try and smoke people at the lights or post 0-60 times, but a little more power is useful.

Also, that TJ wieghed about 1,200+ lbs less than a JLU, and had roller-skates in comparison to the JLU, which would be far more planted than any of those CJs, and likely much more so than the TJ with the I6, especially with all the updated handling & stability measures.
__________________
You need a license to buy a gun, but they'll sell Anyone a stamp (or internet account).

Sean L said:
There is a 305 Hp tune in the Ram 1500 Pentastar, so I'm pretty sure an ECU tweak can get some extra power out of the motor, but I don't think the warranty will cover it afterwards.
Click to expand...

The RAM has bigger intake & trottle body setup plus imoroved exhaust to allow for the higher numbers.

It doesn’t have to be a V8, but needed to be more than the 2.0T that offers very little difference from the Pentastar other than asterix use-case scenarios (high altitude, etc) and very little even then.

The main reason people pick the V8/Hemi other than the satisfying visceral rumble, is because it’s already in the lineup, so not as much of a stretch as hoping for the development of a whole new platform (even though the 2.0T is just that), it would’ve been interesting to see what the ‘Pentastar V8’ would’ve brought to the table in a sub 5L 8 cylinder option. Likely for size, weight and power it would’be been a pretty great fit for the Wrangler.

* And I’d just like to state, again, that it’s really F’ing annoying seeing FCA bring a bunch of Hemi-equipped Wranglers to MOAB every year, and then pretend like there’s no desire/need for one from actual Wrangler buyers. Hypocrisy of the engineers that like to keep their toys for themselves. 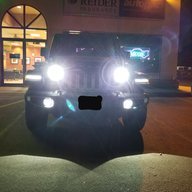 Crate Hemi coming, so why not make it an option for JLs out the factory 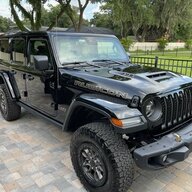 BostonBilly said:
I would have paid for the upgrade to a v8
Click to expand... 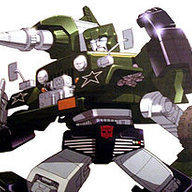 kylebw7 said:
I won't drive a Ford truck solely due to the Ecoboost bs. Give me a 6.2 LS over that all day. Few quick and easy changes and you have much more power and infinitely better sound than anything you'll ever find in the Ecoboost range
Click to expand...

As they say, "There is no Replacement for Displacement!". And that is true for the most part but the EPA don't like it

...lol. That Ford Ecoboost is a good engine BUT I did not see better MPG than an efficient V8. The current 3.6 is a good engine from what I hear and a V8 can be just as efficient since it requires less effort due to higher displacement and power. So not sure if no V8 option is due to some EPA issue since Jeep has to pay EPA as is for low MPG or some safety thing since the Wrangler is a 4x4 and don't want people killing themselves punching it on the trail or on the roads?!?
Advertisement
You must log in or register to reply here.
Share:
Facebook Twitter Reddit Email Link