Stellantis Prepares US Dealerships for EV / Electric Future. Goal: 50% of US Sales to be BEV by End of Decade 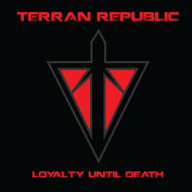 60k for vehicle, extra 6k for electric charger, and the cost of electricity is higher than gas now, wow what a deal, you will have so much money to keep paying off this losing dept .... and the best part is no local charge locations nationwide. and a week drive to Florida when it used to take only 15 hours with gas car
Sponsored 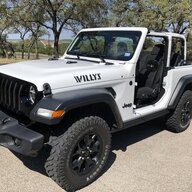 These auto manufacturers are all buying into the ESG plan. Part of skyrocketing car/truck prices in the last few years has been to dump cash into the EV money pits. I think hybrids are the better option for the majority of people. I'm afraid many companies will go bankrupt or have to spin of divisions and let them sink. EVs do have their place, and so do gasoline and diesel engines. Ideally all would be offered on the market without any sort of government mandates.

It's not Just Stellantis doing this by the way, most other manufacturers are doing the same. Some have already prepared ahead of time for the possibility of things not working out. Volvo formed Polestar (haha!, brings something alse to mind) and Ford formed eFord. Looks like Stallantis will make Dodge all EV. If things don't work out, they will merge all the bad assets under those brands and Ch 11 them. Kinda like what happened during the Great Recession, Oldsmobile, Hummer, Pontiac and Saturn got deep sixed under GM, then the "New GM" held Chevrolet, GMC, Buick and Cadillac. Ford dumped Mercury and some bad asset with it. Chrysler was about to fold at any second, as the whole company was going to sink before Fiat got involved. 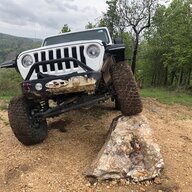 I’m pretty set on my next vehicle being an EV I think. Honestly will probably go for the recon if it doesn’t suck. 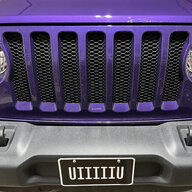 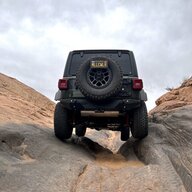 YJdude said:
EXACTLY! I don't care if there's no gas and I have to fuel my JEEP with whiskey. Or just walk everywhere.

Battery electric vehicles are a niche market that cannot be forced on the masses. It just won't work. If someone WANTS BEV... more 'power' to them. Leave the real vehicles alone for the rest of us.
Click to expand...

When the majority is BEV they'll still make e-fuels that are 'effectively' carbon neutral for ICE vehicles. Costs around 3x to manufacture and may be more expensive due to reduced demand.

It'll be pretty painful to fill up at that point but hopefully that won't be for a long time.
Sponsored 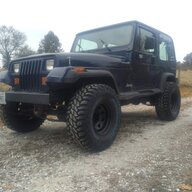 Jtclayton612 said:
I’m pretty set on my next vehicle being an EV I think. Honestly will probably go for the recon if it doesn’t suck.
Click to expand...

"Stellantis prepares dealerships...." is a meaningless statement in itself. If anything is crystal clear by now is that Stellantis cannot prepare its dealers for anything.

I've been thinking that my next vehicle will be electrified in some form. But I doubt I will be trusting Stellantis with selling me an electrified vehicle... 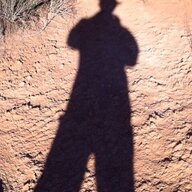 Opus said:
I've said before that if the 4Xe had a range of 50 miles or so on battery alone in a mid-western winter I would have considered one... even a 4-door . That would have covered my daily commute. As for fully electric vehicles, I'll just say I hope that a push toward more electric vehicles finally creates the impetus to invest in upgrading the national grid and bringing it into the 21st Century.
Click to expand...

This. Focus on the damn infrastructure first!
Better. Faster. Cheaper. Choose any two. 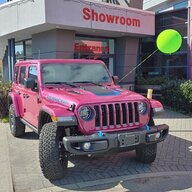 Yeah, jeep ev is the future, I get it... How about fixing the present first...

I believe that part of the think is that all of those electric cars hooked up to chargers will become part of the grid. A massive amount of battery backup that can be used to stabilize shocks in power demand.

Captain Tuttle said:
I’ll never own an electric vehicle. Ever.
Click to expand...

Never say Never— They Have Ways To Make Us COMPLY!


I get that you don’t like EVs but battery degradation in EVs isn’t as big a problem as some people make it out to be. Older teslas are doing fine for the most part for the people I do know with them. Still getting 90% of their full battery charge. The higher mileage ones in the 100k-200k range seems to be around 85%.

Jtclayton612 said:
I get that you don’t like EVs but battery degradation in EVs isn’t as big a problem as some people make it out to be. Older teslas are doing fine for the most part for the people I do know with them. Still getting 90% of their full battery charge. The higher mileage ones in the 100k-200k range seems to be around 85%.

When all the vehicles are electric there won't be a place to charge them. I don't see very many Teslas, but I always see them charging at the power stations.. and every charger is taken.... for a hell of a lot longer than it takes to get gas/diesel.
I guess there's always the home charger (if you're fortunate enough to own a home).... Chevy has it figured out as it only takes FOUR days to charge that stupid EV truck.
BEV-only is a sick joke. Also... "upgrading" the nation's power grid to handle all of this garbage is impossible and ridiculous too. Hell, the owner of Tesla isn't even on board with BEV-only. 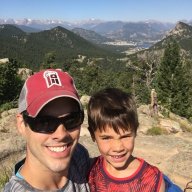 Man, the hate for EVs is intriguing. Clearly ICE engines never degrade with time or use. I get it, you guys aren’t early adopters, but a lot of people are! Charging technology will get figured out just like truck engines that use to get 8 mpg now get 20. Infrastructure will get figured out, yes with some pain points.

I realize my situation is not everyone’s situation, but it is the same for millions - we’re a 2 vehicle household and as long as I have 1 hybrid or ICE engine, road-trips aren’t a concern. I can charge at home on solar or at $.13 per kWh. Unless I’m going somewhere outside my routine my commute doesn’t exceed my battery range.

Were so many of you mad when people told you ICE was the future and to sell Mr. Ed?

As technology and infrastructure catches up, I think people’s opinions will too 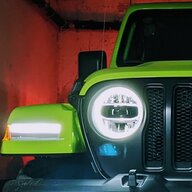 2nd 392 said:
Never say Never— They Have Ways To Make Us COMPLY!


It's amusing to see people think they have a choice to keep driving ICE into the future, the EV push is to really get the masses to stay home, and get around in a 2 mile radius by walking, and if they must, then there's a city bus.

EV is just the lure, and a few lucky ones will be able to drive an EV with restrictions.

All Electric Jeep Wrangler BEV Concept to be Revealed at Easter Jeep Safari!
12 13 14