Status of Cranking 4xe in extremes of temperature

I can't find the thread (or posts) but it's been discussed here how the 4xe's owner's manual has detailed situations where extremes of temperature, in fact extremes not unlikely to be seen in the States, prevent the 4xe from starting.

Has this ever been resolved in terms of its accuracy or some fix?

I don't know what battery/batteries crank the the engine. But it would seem to me that a temperature sensor could detect such extremes and signal the vehicle to crank the engine, and run off of it exclusively, rather than charging or discharging (using) the battery bank below the back seat)...thereby allow it to share the same temperature range of operation as any of the ICE based JLs.

..that is if the cranking battery is not also the propulsion battery.

So the concern is with the High Voltage Battery (HVB) temperature. The booklet says in extreme temperatures (high or low), the battery needs to be 'conditioned'. Which is to say it needs to be warmed up or cooled off. Because of this, the booklet recommends that we leave the vehicle plugged in while parked during those times of the year when it is very hot or very cold.

From that I have learned so far, the 4xe doesn't have traditional starter.....or it shouldn't have one at least. Since it has a MGU (Motor Generator Unit) bolted to the engine, that thing should be able to start the engine and hence no need for a 12v starter. Problem is the MGU is powered by the HVB so if that battery is too cold or too hot then even the engine won't start. The 12v battery doesn't help here.

So, leave your Wrangler 4xe plugged in when it's very hot or very cold and you should be fine. According to the booklet, it will heat or cool the battery provided you have it plugged in and your EVSE is powered up. This is a case where it isn't ideal to have a smart EVSE and program the charge times from the EVSE end. If you do that, then your vehicle might not be able to heat or cool the battery when needed because the EVSE will be on a timer. Some "smart" EVSEs are integrated with the vehicle and the vehicle might be able to 'wake up' the EVSE. I don't know if Mopar offers a smart L2 EVSE or if it would even have that feature.

We are better off just using the charge schedule in the vehicle and set the EVSE to be promiscuous (put out all the time). Then as long as you leave it plugged in when parked then it will be ready to go when needed.

I hope this helps.
Advertisement 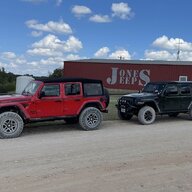 The starter is on the passenger side of the 2.0 Turbo, someone who has a 4Xe could take a look at theirs. I suspect it does as it is a hybrid not a pure EV and has to function as any vehicle would even if the electric portion of it was dead.

Somebody take a look.
Gregj
Mwilk012 said:
That’s the first transmodel, trim-fluid Jeep I’ve ever seen. Born a sport wrangler but identifies as a rubihara renegade.

I will check when I get home.

I did not find a starter. Engine must use the belt driven MGU.

As an interesting side note. The vehicle will automatically start the engine if the start button is pressed while the hood it open. It won't charge with hood open either. I wonder why? Maybe they don't want us accessing the HVB connectors so if hood is up then those connectors might be dead?
Hmm....
Interesting. I really need the workshop manual for this thing. It was 113 here yesterday and hit 115 today. The 4xe sat baking in the parking lot all day and was thoroughly heat soaked by the end of the day but it started right up with no issues both days. So far, so good!

I live in FL. It has been in the 90s. When you start the Jeep it will turn on the compressor immediately to cool the cabin and the battery. It runs just fine.

Sometimes the engine will kick on to help with cooling. The battery pack needs to stay cool. 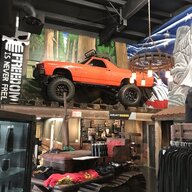 Not to resurrect a dead thread, but, as many I'm sure know, we did see 110+ over multiple days here in the PNW. My 4xe started every time, and even remote started. Got in Monday after work and it said 114 degrees outside. Just a data point for anyone who comes looking for this thread again.
Advertisement
You must log in or register to reply here.
Share:
Facebook Twitter Reddit Email Link

Carrying 5 tires in back of 4xe?

Any 4xe orders from July still in D status?