Saw my first Bronco Sport in the wild

Frankly not especially impressed. It’ “ok” but looks to be just another cookie cutter SUV. Kind of like Jeep putting a “Wrangler Sport badge on a Compass or Renegade

. (‘ Course I don’t get the whole “4 dr electric Mustang thing, so maybe I’m just a curmudgeon 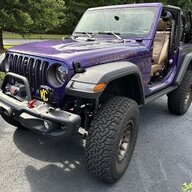 I actually can't wait to get one as work rental, but I wouldn't own one... But I am not the targeted customer for the little Bronco (my sister is, but she's a fwd Renegade driver). I briefly thought about the big brother Bronco in 2 door, but ultimately decided the 2 door JLR is the better option for me and I could have it NOW.

I'm done with that whole compact/sub compact SUV market. They all look the same and are pretty much the same no matter the brand. 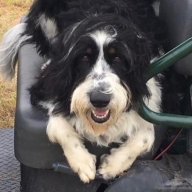 I was disappointed when I saw the Bronco Sport. Expected better. I wonder why they chose the Sport to be released prior to to the larger models?

Ive seen a bunch of them already. Very popular here. Have seen a few at the local offroad park as well. I think they look good. But thats about it lol

I either keep seeing the same one or they are selling one color only in my area. Agree, not impressed...

Oldbear said:
Kind of like Jeep putting a “Wrangler Sport badge on a Compass or Renegade

That's kind of all it was ever meant to be. I think anyone expecting anything more than that over hyped it. There is only so much that can be done on the escape platform.


CodyDog said:
I was disappointed when I saw the Bronco Sport. Expected better. I wonder why they chose the Sport to be released prior to to the larger models?
Click to expand...

My guess is production is easier, and they expect to sell more at the lower price point. Especially when you're looking at compact vs midsized. Full size is still king though. The Escape sells more than the Edge, but less than the Explorer.

At the end of the day, there are simply more people that are willing and able to compromise for the smaller, less expensive, more practical version of a car.

Also, totally different audiences at the end of the day. It doesn't shock me that people on a dedicated JL forum wouldn't buy a Bronco Sport. It's not for us.

Stingray in the wild!
2