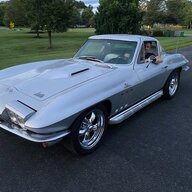 Used, off of a 2018 Rubicon. Around 30k miles on them, in good condition. Selling because I upgraded to Steer Smarts components.
$100 OBO.
Advertisement
NC ROLL CALL
OUR TRIP OUT WEST WITH OPEN DIFFS

mgroeger said:
Used, off of a 2018 Rubicon. Around 30k miles on them, in good condition. Selling because I upgraded to Steer Smarts components.
$100 OBO.
Click to expand...

how do you like the new setup. Could you tell the difference immediately. I just purchased their track bar and was thinking of doing drag and tie rod. I was gonna do for preventative(death wobble) and for the upgrad
OP
OP

Djtlaz123 said:
how do you like the new setup. Could you tell the difference immediately. I just purchased their track bar and was thinking of doing drag and tie rod. I was gonna do for preventative(death wobble) and for the upgrad
Click to expand...

mgroeger said:
I love it. First thing I did was a Teraflex track bar when I put the 3.5" ST3 lift and 37" tires on. Noticed a difference right off the bat with that. Then the following weekend put on the Steer Smarts drag link and tie rod along with a Teraflex 2.1 stabilizer and wow did it get tight. Don't know how much each component is playing a role but I can tell you it is tight.
The combination of replacing it all is the best solution. I didn't want to chance anything with the 37s and off roading that we do so it all got replaced.
Click to expand...

Thanks, that makes my purchase that much more confident. Curious why you didn’t go steer smart track bar. Was it just easier to get the teraflex with the kit. From what I can tell there isn’t any on the market as beefy as the steer smart. But thanks I’m glad when you spend good money and see the value in the product immediately
OP
OP

The only reason was based on what the guy at Northridge4x4 told me. I asked why there was a Steer Smarts and a Steer Smarts XD version of the track bar. He said that the original version bushings were wearing out on the guys who were doing really heavy off roading so they came up with the XD version which has better bushings. The Teraflex one has lifetime Alpine bushings so I went with that. It was purely based on his recommendation. I have the Steer Smarts on my Rubi since it was on when I bought it but bought the Teraflex for my wife.
They are both extremely high quality. The TF one is literally one solid piece of steel, about 4X heavier than stock.
Her stock bushings were already on their way out on the factory bar after 47k miles... pathetic.
NC ROLL CALL
OUR TRIP OUT WEST WITH OPEN DIFFS
HOW TO GET FREE D44 AXLES THIRD TRIP TO MOAB
2018 JLU Rubicon - 3.6L, Auto, White, Fully Loaded.
Rusty's Off-road - 3.75" Advanced Kit - Adjustable Control Arms & Trackbars, Walker Evans - Series 31 Beadlocks w/Powertank Monster Valves, Trigger Six-Shooter Switches, American Adventure Lab - Fender Chop Lights, AFE - Momentum GT Intake & Hi-Tuck Exhaust, Warn - Zeon 10S Winch, Genesis Offroad - Dual Battery System, Rusty's Off-Road Extreme Trail Front Bumper with custom skid for swaybar motor, Rusty's Off-Road Extreme Trail Stubby Rear Bumper with Facia Covers, Rusty's Off-Road Full Belly Skids (steel), GenRight Aluminum Rocker Guards, Front Axle: 5.13 Revolution Gears, Artec Truss & C gussets, RCV Shafts, Spicer HD Ball Joints, Powerstop Brakes, Rusty's CA Skids (weld on), Steer Smarts Yeti Tie Rod and Drag Link with Redneck Ram Hydro Assist, Rear Axle: 5.13 Revolution Gears, Spicer ChroMoly Shafts, Custom Shock Bracket Skids, Powerstop Brakes, Excessive Industries - Gatekeeper and Spare Tire Delete, ARB - Dual Compressor and small tank mounted in rear cubby and plumbed to front bumper, Adam's 1350 Driveshafts Front and Rear, Ultimate 9 Throttle Controller
Advertisement
You must log in or register to reply here.
Share:
Facebook Twitter Reddit Email Link 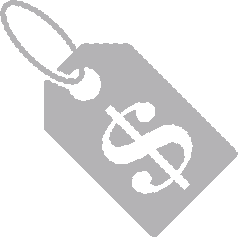 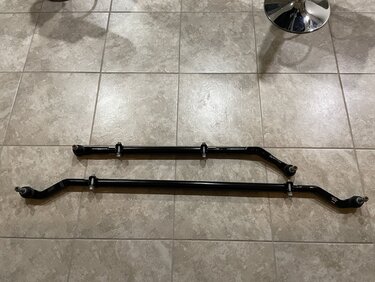 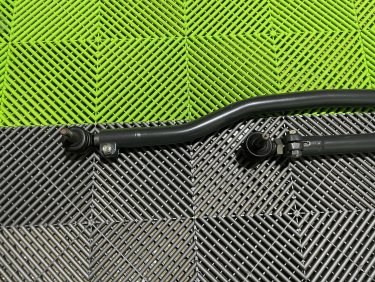