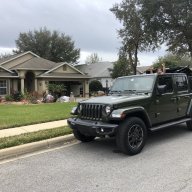 I want to add LED bulbs on my 2021 JLU80, but for many years I have had all LED bulbs on my other two Jeeps, 2010 KK and 2016 JKU, including headlights, fog lights, turn signals. When I turn the lights (LED) on with the ‘16 Wrangler, I get static from the radio, enough that you cannot hear some stations. But when I turn the lights (LED) on the ‘10 Liberty the radio is fine. My brother believes its due to the newer radio and electronics of the ‘16 Wrangler that causes some sort of interference, where as the older radio of the ‘10 Liberty does nothing. I want to avoid the radio static. Has anyone else experienced the static? And thoughts on why that happens?
Advertisement 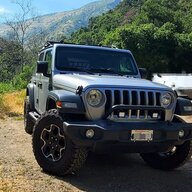 I'm running LED headlight bulbs (and reverse) in my 2018 JLU without headunit or other issues and greatly improved the visibility front and rear.

However, I recently added external reverse LED lights on my rear bumper and noticed some slight noise in rear view camera display when on. Nothing major but noticeable.
Last edited: Feb 11, 2021
"Only a life lived for others is a life worthwhile." Albert Einstein
Advertisement
You must log in or register to reply here.
Share:
Facebook Twitter Reddit Email Link