2018 Wrangler Sport S, with the smaller radio, but the Alpine System.
I have a Love/Hate relationship with this thing. Since it was new, randomly, it would shut off, and reboot. This caused the clock to go back to 12:00. I put up with this, until just before the warranty ran out, about three months ago. They replaced it, under warranty. It has done it twice, since then. Now, over the past week, randomly, when I start the vehicle, I get nothing from the radio, not even sound. . But, the backup camera does displays on the screen.
I checked and pushed on all fuses, and this did nothing. After it sits for a while, it just starts to work again, out of the blue. I can shut it off, and immediately start it, and nothing.
I called the service advisor, and they said the tech would have to be able to duplicate it. My response was, "So, he is going to drive it around for a week, until it pops up again?". I suggested I video it, but he said that wouldn't suffice.
This " It's a Jeep Thing", is growing old.
Also into Straight Razor Shaving, Restoration, and Honing. 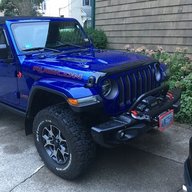 Yeah I feel for ya!!!! It does get old when you are dealing with electrical gremlins that come and go and they tell you that a video won't suffice? They create a vehicle that has too much dependance on computer shit and then they lay the burden on you to reproduce. It is their get out of jail free card! they won't even look into why something is happenning. So their role in the service department is what ....hook up a scan tool and read codes? I really don't think they have any one in their dealerships who knows what is going on, hence call in a tech from the company ...maybe they do but every time I have brought my rig in for dash lights like serv4 wd or swaybar! they shrug because they don't see it but in reality know it's gonna take a long time to address... either way FCA needs to find a better way to deal with these issues whether it be better training or continuous training. Probably won't happen..lol after typing it I came back from lala land. I don't know what needs to happen, what I do know is they are incorporating too many of the functions of the jeep into the computer having every system rely on it is a mistake clearly as people are now waiting weeks to get something stupid taken care of and that is if they rectify it at all! I feel like they build them and you shouldn't expect to own them for any extended time because of the reliance on computer gadgetry that will fail!!! Not a good basket to lay your eggs in.
2018 ... 2 Door Deep Ocean Blue Rubicon MT 3.6 w/ all the toys...more to come!
OP
OP

My replacement radio is now giving me issues, every once and a while. When the vehicle is turned on, nothing from the radio, but a dark screen, not even a sound. But, the rear camera does work, and shows up on the screen.
Also into Straight Razor Shaving, Restoration, and Honing. 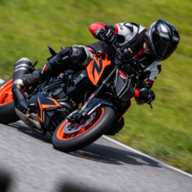 Are you certain either one of the batteries are not on its way out? I have an 18' as well and the "fuse trick" worked for my wonky 7" radio, but obviously you did that already.
OP
OP

I regularly seat the fuses. Plus, it doesn't explain the backup camera working, and nothing else.
Also into Straight Razor Shaving, Restoration, and Honing. 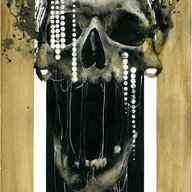 Some of the Uconnects are just pure garbage, it's a random roll of the dice what you get. A friend sold his Cherokee because of it. My amplifier comes on and off at random times and makes the speakers pop, hoping the replacement stops all that. If not, then I'll replace it with the new Alpine headunit that's coming out.

My views will offend soft people.

Hey, @JeepCares , can you solve this problem for us??
Also into Straight Razor Shaving, Restoration, and Honing.

DaltonGang said:
Hey, @JeepCares , can you solve this problem for us??
Click to expand...

Hi DaltonGang,
Sorry to hear you're experiencing these concerns. Feel free to send us a PM with your VIN. We'd be happy to look into this for you.

To start a conversation, click our username then select the ‘start a conversation’ button and send us your make, model year, and mileage for us to review. Staffed M-F 7:30am-5:30pm EST by the Stellantis Social Engagement Team.
You must log in or register to reply here.
Share:
Facebook Twitter Reddit Email Link