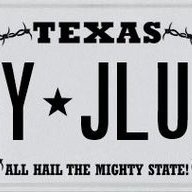 My daughter purchased her jeep before I ordered mine. She was the one that convinced me to at least test drive a jeep, as I was convinced I would hate it.

As it turns out, she was right and I fell in love...so much so that I worked on my jeep without helping her.

That changed this weekend.

The PSARAH jeep is a JLU Sport S.

The wheels are from a Sahara trim, and didn't match well. In choosing the accent colors, she wanted to go with the lime green and ocean blue, as that is the color scheme of her favorite Dallas Mavericks jersey.

We settled on the Mojito color, as that is easy to find 3rd party accessories that match. My brother in law owns an automotive paint shop, so we where able to get the spray cans mixed.

We found a steel front bumper to install. The recovery hooks on it where Rubicon red, and there is no way we where going to paint those, so the original black ones where painted and put on the bumper.
We also painted the grill. The rear hook was easy to remove and paint. We are still working on the wheels. This is a lot of prep work. Once the wheel was washed and dried, we outlined the paint area with tape and then masked the rest of the wheel.

Using scotch Brite, the wheel surface was prepared for the paint and then painted with several coats. We still have a four wheels left to do, and then we are moving to the interior. I plan on doing the dash in a matte mojito, hoping to have the same effect the rubicon does with its red. Also in the works is installing the ham radio, tailgate lighting, skid plates, oil catch can, painting calipers, and installing the rubicon sliders.
Advertisement

Did you finish the interior? 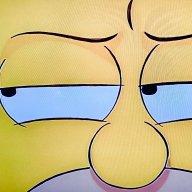 Yes, I will get some pics today.
OP
OP