I've been waiting for a PHEV Wrangler (or Power Wagon-based new-FSJ) since the ENVI days. I'm trying to figure out how I can wind the lotto or something to make it happen.
Advertisement 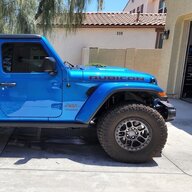 JAY said:
During today's 2018 Wrangler JL debut at the LA Auto Show, not only did we get to see JL Wrangler models that will be available within the next few months but we were also put on notice of a future model - a plug-in hybrid Wrangler!

Jeep CEO Michael Manley dropped this not-so-little tidbit while discussing the 3 power plants that the JL Wrangler will be offered with by 2019. The plug-in hybrid Wrangler is expected to join the lineup one year later - in 2020, fulfilling FCA's plan (revealed nearly 2 years ago) for four different Wrangler power plants.

While a PHEV Wrangler may have certain drawbacks (i.e. precludes longer off-road trips away from the electric grid), there's no denying the instant torque that electric motors can generate can be appealing for off-roading (or any roading for that matter).You can catch Manley's announcement here:

Anyone think it will be launched in 2020 as a plug in hybrid, but the software to help manage range and features will be pulled and only available on the 2021? Or maybe the plug itself will be late availability.

I’m just kidding of course, I still want my Rubicon and can’t wait to get it (maybe in May due to the new Punk’n delays) I am trying to find humor in the situation, and will reserve being truly angry if an official announcement comes that we won’t get off-road pages ever, or that Punk’n has been stopped now.

Plug in hybrid would be cool for sure. Would need at least 30 miles of EV range to really be useful. 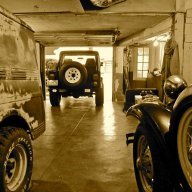 thenewrick said:
Plug in hybrid would be cool for sure. Would need at least 30 miles of EV range to really be useful.
Click to expand...

I wonder how well the powertrain from the (plug-in) Pacifica Hybrid would fit. 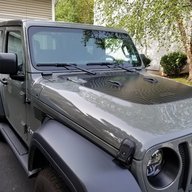 Future 2-door JL owner's opinion... This powertrain will likely be offered only in the JLU since the plug-in hybrid will require a sizable battery pack.
o)|||||(o 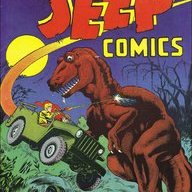