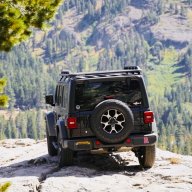 So I just spent a full day, (almost), mounting and wiring a set of surface mount halos from Oracle lighting. Super excited to see them on at night. To my surprise, when I turned them on they were blue! Of course I thought they had shipped me the wrong product, so I called and then started an email chain with one of their representatives. She had me send photos of the halos on, (see below), to see what the problem was. After I sent photos of my blue halos, this was the response,
"White LEDs start their life as blue. During the manufacturing process, a yellow film is applied over this blue LED to offset the color into white. The light or darkness of the yellow film determines the amount of “warmth” (Yellow) or “Coolness” (Blue) of the LED. ORACLE Lighting uses a lighter yellow film to provide a cooler white which meets 6000K temperature rating on all white LED products."
Which I'm sure is absolutely true, unfortunately the halos Oracle sells land in the 12,000K to 20,000K range according to Oracle's very own chart.... in other words blue!
My last email from them was, "Thank you for the additional photos. I can assure you that these are our white halos. I apologize if this is not the white you were initially interested in, but this is our standard white halos that we offer to all customers." Yea, the white I was interested in was white. Check out the photos below and see for yourself, my favorite being Oracle's "white" halos next to my driving lights which are, you guessed it, white Oracle LEDs! Also check out the color of the light spill on my bumper.
caveat emptor! 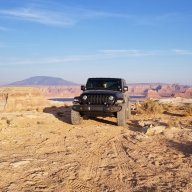 You might get pulled over for having blue lights.

I bought their headlights and a few of the LED's in the halos are duds. I have yet to email them about it. Hopefully it'll be an easy process. 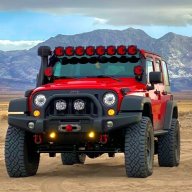 Yeah, I would be concerned about that too. I would agree that they are on the blue spectrum.
17 JKU 44/60 ARB Lockers '3 Outback lift AEV Jk250 package 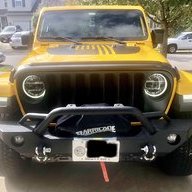 Great, never even thought about getting pulled over! Of course, blue = police. Are you allowed to swear on this forum? 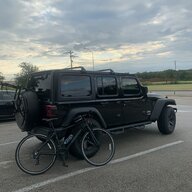 Yeah that is ridiculous! But the website pic does show them blue-ish right? 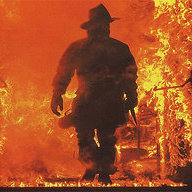 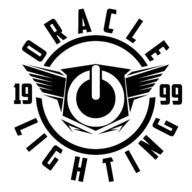 Sorry to hear that you are unahppy with the color temperature of our product. Our white is in fact a cool white color which emits a small amount of blue. We have seen no concerns from law enforcement on this product.

Also, we send all products with information to test the product prior to installing it. This is where you can determine the color, output, and satisfaction without actually installing it. If you are unhappy you have 30 days to refund the parts, which we cover shipping back.

We have reached out to you on this matter via email, and will continue to communicate that way.
ORACLE Lighting
Browse JL Lighting Upgrades HERE
Visit our Vendor Forum HERE
Sign up for our Email List HERE
Call us: 1-800-407-5776 M-F 8am-6pm CST
OP

Great! That means I can send them back. Thank you. Where do I send them?
OP Arch Stanton said:
Here's my favorite part from the Oracle reply above, "Also, we send all products with information to test the product prior to installing it. This is where you can determine the color, output, and satisfaction without actually installing it." Guess what... another lie, NOTHING in the box about "testing the product prior to installing it"! They are even removing my reviews on their website... This company is starting to reek of dishonesty!

Not taking sides here-because from what you have posted your lights are BLUE.

However 2 observations:
1. Many aftermarket lights that I see on the road have a blue hue to them. The light is unnatural (almost like hospital lighting or lighting in a jewelry story). When white light has that clinical blue tone, it just doesn't look right (to me). I think most people like more of a warm tone (color/temp).

2. I buy a lot of stuff. A lot. Based on the packaging (above) it looks to me like Oracle has gone above and beyond what many vendors include as "instructions". Compare what is printed in the box even to what FCA/MOPAR puts in their hieroglyphics errrrrrr, I mean directions and it is night and day. Objectively looking at what Oracle provides in and on the box, it is more than most people might expect and looks like they make every effort to help you with the product. (The exception may be the "testing procedure" which I also have never seen from any vendor-but that is just me).

With that being said, it appears they are stating that you can return their product if you are dissatisfied and they will cover shipping along with being able to email/contacting them directly.
Seems pretty legit... If it isn't I am sure you will post a follow up.

I see your frustration (I would be frustrated too), but lets not lose site that outside vendors only exist if they provide good products and good customer service. If they didn't we wouldn't have options to modify our Jeeps and we would all be driving stock Jeeps.

Please let us know how it plays out, I hope you get resolution and find the white halos that you are looking for. (Your post makes me appreciate my OEM LEDS). 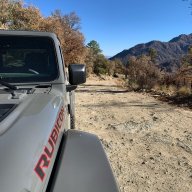 Arch Stanton said:
Great! That means I can send them back. Thank you. Where do I send them?
Click to expand...

Good luck with that. They want pics and videos and all that Jazz. I am still going back and forth witi them on some tail lights. They are responsive but are they helpful?
OP

Hey RockHopper,
Thanks for the reply. I agree, Oracle does go above and beyond with instructions, videos, offers to call them if you have a problem, (which I did when this all started), in fact I own their LED running lights, (6000K white), and even just bought their awesome LED in bumper LED back-up lights, also 6000K white. What I don't understand is if they are able to make all these other LED products a neutral 6000K white, why are their halos blue? Also why they are peppering their responses with lies? Nowhere, in shipped instructions or in their install videos do they tell you to test the product first, what they said in their response above is a lie. And when I first reached out to them, they said, "White LEDs start their life as blue. During the manufacturing process, a yellow film is applied over this blue LED to offset the color into white. The light or darkness of the yellow film determines the amount of “warmth” (Yellow) or “Coolness” (Blue) of the LED. ORACLE Lighting uses a lighter yellow film to provide a cooler white which meets 6000K temperature rating on all white LED products."

"Which meets 6000K temperature rating on ALL white LED products."

I'm at a loss... I think I backed them into a corner and they are trying to wiggle out with half truths. 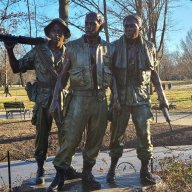 Umm, just return them bro... thats the out.
OP

ItsNo4RE said:
Umm, just return them bro... thats the out.
Click to expand...

Has anyone installed the Oracle LED Halos?