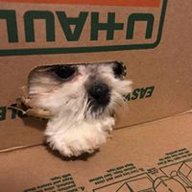 I recently purchased a Sport S and have started a long list of mods, starting with the lighting. I really wanted LED lights, so decided to purchase both the Oracle LED headlights and taillights- the latter being a quick and easy install. I wanted to share my headlight install notes, as I ran into some difficulties but ultimately got everything up and running. Disclaimer - never have worked on a car in my life, so by no means an expert.

Before and after photos, along with some install notes and pictures.

I dont know if I was just being too gentle with the grill, but it felt like this thing was going to break in half before I could get it off. Eventually yanked the thing off without breaking anything thankfully, but wanted to share the clip locations for those of you new to getting this thing off. It helps if you can get your hand behind the grill, closer to these points, before pulling.

Disconnecting the existing lights takes only a few minutes, and running the wires through the engine bay is as difficult as you choose to make it. I ran the driver lighting cable near the upper radiator, where there were already cables. Zip tied it to the existing cable. Where I ran into most of my issues was with the connection to the frame and fuse box. I quickly discovered that the wire to the fuse box was not as long as in the available install videos. All the videos I found recommended drilling a hole in the back, however the wire wouldnt reach the F52 slot. I had to drill into the front, and it barely reached the slot.

Also had some trouble finding F52, because I assumed there wouldnt be a fuse there. Wrong assumption - eventually figured out you have to pull the 20 Amp fuse, and plug it into the provided adapter, along with the 5 Amp fuse in the Oracle kit.

In all the movement to get the wire to reach, I actually severed the grounding ring eyelet from the cable. I know this was more install error, however wish there was a better connection to the ring eyelet. As a short term fix, I took some 15 Amp wiring, cut and stripped both ends, and then created a jumper between the body bolt and the Oracle adapter. I realize this is interior wiring, so thoroughly wrapped it with electrical tape and hope that will suffice. May eventually replace with something else, but did the job and lighting works.

Overall was not a difficult installation but for someone with little car knowledge, seems like there are some important steps not mentioned and/or clarified. Love the head lights, and will eventually hook up the RGB lighting once the Bluetooth controllers are back in stock.

P.S. - snapped below image before I realized I had wrapped the grounding wire to the wrong bolt. I moved it over during installation but forgot to snap a pic.

Here is a quick pic of the Oracle LED tailights. Well done. I've worked on cars all my life and I don't see how I could have done better. I purchased the same kit but it arrives next week. Some kits require flashing the vehicle computer. Am I correct that the halos work without needing to flash?
OP

DanFelix said:
Well done. I've worked on cars all my life and I don't see how I could have done better. I purchased the same kit but it arrives next week. Some kits require flashing the vehicle computer. Am I correct that the halos work without needing to flash?
Click to expand...

Thanks! I tend to be OCD so like everything as neat as possible. No flashing needed - everything fired up as soon as the connections were made.

I installed my Bi-LEDs from Oracle and I agree with you that the provided red wire is entirely too short. I find the light units themselves to be excellent but the wiring for attaching to the fuse box and ground to be feeble. The red wire is way too fragile to just run unprotected. I extended the wire with 18g wire and encased it all in simple rubber tubing in an effort to beef it up. I am completely pleased with the product and the service, although the instructions seems lacking. Detailed printed instructions that can be easily referred to during install would be preferred. Maybe that's because I used to write technical manuals. I also want to give a shout-out to Danny Talbot at the company. Very helpful and professional. I fully recommend buying this product.
OP

Just got the BC1 controllers! I will be installing them later this week and will post my install notes and pictures. 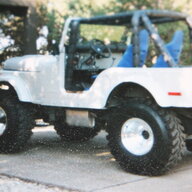 blnewt said:
Nice job detailing your install. What dog is peeking through the box in your name column, cute pup!
Click to expand...

Thanks! I am working on the BC1 install notes and should be posting that soon. The little guy in my profile pic is our youngest dog, Parker.

And here he is with his older brother, Cooper. Both Shih-tzus... always getting into trouble. 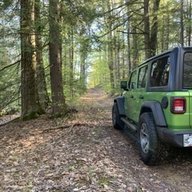 Awesome write-up, thank you! I will be tackling this project in the next week or so (I’ve got the BC1 controller as well). Looking forward to your update.
You must log in or register to reply here.
Share:
Facebook Twitter Reddit Email Link