One Month Review And Fun Comment From A Random Valet. 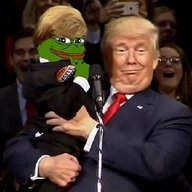 Yesterday, my Wrangler turned one month old and crested 1800 miles. I thought I’d give a review on it since I’ve had a broad range of weather and driving experiences with it. This is going to be a long one, so TL;DR - New guy to Jeep. My whole family loves it and we haven’t had a single lapse in reliability.

But, before I start. Yesterday I went to a local casino with some friends and dropped the Jeep off at the valet station. When we picked it up the valet was raving about how nice it was and what a beautiful machine it was. He said it was the first of the new Jeepos he had handled and was really impressed. He also commented that he had never been a big fan of Wranglers, but he was now very seriously considering one.

Part of the reason I wanted to tell that story is because I had felt similarly toward the previous Wranglers. I wasn’t a “Jeep Guy”, but I did respect the way they met the needs of their niche of the automobile industry. I’ve looked at, and driven a few Wranglers through the years, but they were always a little too much of a penalty box on the roads to be truly appealing to me. Don’t take that the wrong way, though. I love the simplicity of older cars and have no issues with the stripped down nature of older Jeeps, it’s actually something I like about them, but I wanted something more civil at highway speeds and more comfortable on the choppy pavement that plagues our local roadways.

When my lease on my 2015 Chevy Silverado was nearing it’s end I started looking for something to replace it. I looked at some conventional SUVs like the Mazda CX-9, the Chevy Traverse, and the some other comparable models. They all seemed so soulless. Even the Mazda, which had very good road manners and acceleration and a beautiful design, inside and out, was so much of an appliance, I just couldn’t bring myself to sign a 5-7 year contract on it. I had basically resigned myself to buying another truck, figuring the usefulness would offset the boringness of it all.

Then I noticed that the new Wrangler had been released.

As I’ve said, I had always, sometimes grudgingly, admired the Wrangler for it’s purposeful nature and design. the timing was right to give the new one a test drive. Despite the good reviews, I didn’t go into the test drive expecting much. I had my young sons with me during the test drive and we all fell in love with our 2018 Firecracker Red Rubicon.

The test drive has been a testament to my experience since. The on road ride and handling are greatly improved over the JKs that I’ve driven. The head tossing rocking and swaying are almost completely absent except over very deep ruts. The body control is surprisingly good. Startlingly good for a vehicle of this design (solid axles and body on frame). It handles well in snow and rain, on paved roads and on rutted, nasty seasonal use roads. 4 wheel drive engagement is firm but easy enough for my wife to engage it, so it’s no problem at all. In standing snow and slush over an inch or two the lack of a limited slip differential is apparent and means I engage 4wd high more often that I might otherwise. The big tires want to pull in uneven snow, but not much more than my previous truck and in 4wd the drivetrain is much quieter and smoother than the Chevy ever was. On muddy seasonal roads (a real mess this time of year with the snow melt) the Jeep was unstoppable and gave me great confidence. I’ve only shifted into 4 low to test the differential locks and sway bar disconnect a couple times to make sure everything is in good working order, I’ve had no need otherwise. It’s still a very “busy” ride at highway speeds and over broken pavement, but it’s greatly improved over the JK and a completely different experience from older Wranglers. Crosswinds still push you around, as is expected of a tall, flat sided box on wheels.

The engine feels more powerful than the numbers would tell and the transmission is very smooth and intuitive. I’m rarely in a gear I don’t want to be in. I was never too impressed with the 3.6 in the JK. It was a solid upgrade to the previous V6, but it never felt like it was on par with the best 3.xx V6s out there. It feels like a completely different beast in the JL. I’m attributing most of that to the transmission, which is a gem with clean, quick shifts. It occasionally feels a little flat footed when it kicks down a gear too far, but it still has plenty of acceleration. It never seems to hunt for gears and at highway speeds it will almost seamlessly downshift to 7th for an uphill grade to maintain speed. Sometimes On steeper grades it will drop to 6th where it gets a little noisy, but it’s pretty rare and always impresses me with it’s refinement.

The fit and finish of both the interior and exterior are top notch. This may have been my biggest surprise. Everything has tight seams and clean edges. There are thoughtful accommodations to future mods throughout with easily removeable panels throughout and threaded holes on the sport bar. I’ve found just one I’ll fitting panel that surrounds the rear view mirror mount, and I only mention it because it highlights the attention to detail that was lavished on this vehicle. The only ill-designed part I’ve found in this first month is the flip up panel that covers the underfloor storage in the back. It slides in to 4 flat clips that all start at the same point of engagement, which means you sort of need to press on all 4 clips at once... with just 2 hands. It’s not a big deal at all, and it wouldn’t even be remarkable if it wasn’t for all the other thoughtfulness in the design. Another nice tough is the way that panel over the storage extends under the tailgate means you could probably use it as “lockable storage” though I haven’t tested it to see if you can defeat it easily.

I mentioned in the TL;DR that we haven’t had any reliability issues, which shouldn’t be surprising at only 1800 miles, but it bears mentioning, since you don’t often hear the good reviews on these topics online. My only inconveniences are; once, it didn’t want to unlock when put my hand in the door handle (keyless proximity entry) which required using the actual keyfob (horror of horrors), and occasionally the radio will go silent for a second or two like it’s resetting or losing signal. Again, I only mention these because their mild nature highlights the levels I must go to in finding something to complain about.

I got a good price on the Wrangler with my supplier discount and a good trade value on the Chevy and it’s been a lot of fun for my whole family. I’m hoping it stays reliable for years to come. I’ve had some great interactions with other Jeep owners and with folks like the valet I mentioned earlier which really just makes ownership that much more enjoyable. I think that for essentially $40000 out the door (with discount and better than book for trade) for a relatively lightly optioned Rubicon it’s a pretty good value on the market and even compared to a JK optioned to a similar level. Before making my final decision on the Rubicon I spoke to a dealership with the only local Sport with only the hardtop and automatic as options, who wasn’t willing to honor my supplier code and didn't even want to look at the Chevy lease as a trade. That put it at almost $35000. It was an easy decision after that.

I always suggest that people test drive the new Wrangler, I think it speaks for itself, and I think this new model will appeal to an even broader demographic than even the mighty JK did. I predict it will carry the brand to new heights. I realize there are always nay sayers (particularly online), when a new Wrangler comes out, but it is a huge evolutionary change for the better in nearly every way while staying true, in so many ways that count, to the Jeep tradition. 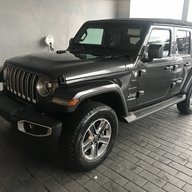 I had the same thing happen on Friday night. Went to an uppity steak place in Atlanta and the valet got out of the car said he sees a lot of wranglers but never a JL. He was monumentally impressed, mostly with the ride and manual transmission compared to the JK.
2018 JLU Sahara, Granite, 3.6, M/T
LED Lighting Group, Infotainment/Alpine, LSD
OP
OP

I have gotten lots of positive compliments, especially from other Jeep owners who have been very excited to see mine in parking lots.
If you have something to protect, take up the sword.
Advertisement
You must log in or register to reply here.
Share:
Facebook Twitter Reddit Email Link