I guess the Pentastar just likes to put the twist on oil filters. The Mopar, which seems to do just fine, bothered me because after 2,000 miles, it came out twisted. Then again, every new in box Mopar filter I checked at Wal Mart, had twist to it when new. The one that came out of my engine looked as good as or better than the new ones. Here it is after 2k miles: Really, it looks good. There is no tearing and the media appears to have held up very well. I also didn't see any metal shavings or significant gunk from break-in, so that was good. All in all, I could have easily gone many more miles on it. The oil itself was analyzed and was in good shape, too. Those of you running a full oil change interval on the factory oil should be just fine.

Fast forward to last week, when I did my 2nd oil change at about 5300 miles, with about 3,300 on the oil, which happened to be Mobil 1 EP 0w20. I chose a Fram Ultra oil filter because it filters extremely well (best published data, 99% at 20 microns), it has a strong synthetic media designed to last 20k miles, and the pleats are backed by metal mesh, adding strength and support. Well, it went from beautifully straight when new, to....you guessed it....some twisting! Here it is new, just before I installed it... The filter, in terms of any gunk in it, looked great. The pleats and media looked great, too, with no fuzziness. You can see, though, that it has been twisted a bit. I think it is just the nature of the 3.6. We'll see how the next one looks. It is another Fram Ultra and it looked perfect going in. I expect to change the oil in early October. It should have 4k to 7k miles on the oil/filter at that point.

The other filter on the market that is backed by a metal mesh is the Mobil 1 filter. I may give it a try at some point. It isn't as efficient as the Fram, though. It is rated 99% at 30 microns, which is still outstanding, and it is also rated for 20k miles.

I should have the used oil analysis back soon from this oil change. It might show some added crud, though. I accidentally removed the filter before taking the sample, so some of the unfilterd oil may have run off the pleats and down into the sump. Blackstone Labs doesn't think the sample results will be effected, but we'll see. Stay tuned! I plan on doing used oil analyses for at least the next two or three oil changes, then maybe every 2nd or 3rd one after that.
Advertisement
"God will have the last word, and it will be good!" --Dr. Robert Schuller 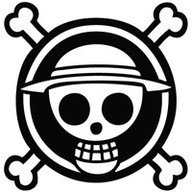 Both the original Mopar and the Fram Ultra I've used were equipped with the turning cage, but still came out contorted. Again, neither filter appeared to be compromised in any way.
"God will have the last word, and it will be good!" --Dr. Robert Schuller 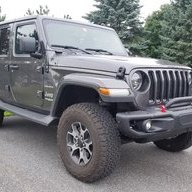 Only had the "AB" revision at the Wally-Mart here in Williston Vt... so I bought the Fram.

mdallas said:
Only had the "AB" revision at the Wally-Mart here in Williston Vt... so I bought the Fram.
Click to expand...

porkchop said:
this guy has one coming out in a couple of weeks, for the JL.

@mdallas
You would have been just fine with the "AB" revision. Dealers are installing both the AB and AC.
There has been no reported issues with the AB.

By the way, you would have paid just about. $10 for the Mopar filter at Walmart. You paid even more for the Fram.

Rhinebeck01 said:
@mdallas
You would have been just fine with the "AB" revision. Dealers are installing both the AB and AC.
There has been no reported issues with the AB.

By the way, you would have paid just about. $10 for the Mopar filter at Walmart. You paid even more for the Fram.

The Fram is only 12 bucks at Wal Mart near me. In terms of filtering efficiency, it is the best on the market. Besides, look closely at the filter media. With 1,200 more miles than the Mopar, there is no fraying or frizzing. The next one I'm running will have anywhere from 4k to 7k on it when I swap it out in October. We'll see how it looks. Btw, I'm going to tear the last one apart to see how it is constructed. I've read that the Pentastar version may not have metal mesh backing the pleats. I've read that the Wix actually does. Mobil 1 claims to, as well. We shall see!
"God will have the last word, and it will be good!" --Dr. Robert Schuller
Advertisement
You must log in or register to reply here.
Share:
Facebook Twitter Reddit Email Link

Dealer Maintenance - What besides oil and filters?

US Made Oil Filters?
2