My build, My Story

So I bought a Jeep. Summer of 20, during a pandemic. Here's how I got here.

(this is mostly for posterity, in case by chance something I do helps/inspires someone else down the road).

I've had pickup trucks all my life. Drove pickups in various jobs as a kid. Got a pickup when I got my first real job. Way back as a kid my family used to go camping in a little pop-up camper....I still have fond memories of that. Remember going to RV shows a few times with my dad, remember going to a few RV dealers, but never "moved up" from that pop up. Did a bit of tent camping as a teen and in college. Nothing exotic...just always enjoyed it. But sports mostly stymied the camping bug along the way.

The camping is pertinent to the truck, which is eventually pertinent to the jeep. Once we established ourselves as a family and I got a more capable truck, we got a travel trailer and the camping itch was reborn. At this point in the story I'll just skip ahead. "Camping" along with some luck and work turned into a 5th wheel behind a Chevy Diesel Dually. This was my 2nd diesel-powered truck, and the 3rd diesel vehicle we owned. The diesel itch was strong. The power and mileage are hard to beat, especially the power.

But I learned that owning a diesel powered vehicle is a participatory experience. Sensors, fuels systems, etc...when things go wrong they are expensive, and when they go wrong with a 16,000lb RV behind you in the middle of an interstate near a major international city...it can be a character building experience. So when the most recent issue (mysteriously vanishing coolant) could not be solved, in conjunction with not dragging the RV around so much anymore, it was time to make a change. Im going to forget...so someone remind me sometime to talk about warranties and diesel rigs.

That change started as a search for a simple gas half-ton truck. Except there's no such thing anymore. On top of that, those "simple" gas half ton trucks are manufactured from some new version of un-obtanium that actually makes them considerably more expensive than that fairly well loaded up dually. Combine that with some very unpleasant dealership experiences this summer, I had arrived at a very frustrating impasse. I "needed" a new vehicle, and I had the green light from the finance minister.

Then came the night. I was a few beers in. Annoyed. Had even sold my soul and visited a Ford dealer (still havent forgiven myself for that) when a Jeep commercial rolled across the screen. Lightbulb! Jeeps are cool! The next day I hit the lots. This is where a new challenge emerged - buying a vehicle at the tail end of most quarantine periods/shutdowns. Inventory was tough...unless you wanted a silver Sahara, oddly enough (no offense intended towards silver Sahara's). There were a couple things I wanted though, one being a factory hitch package. That particular option was super hard to find. I know you can install a hitch on your own, blah blah. I wanted the factory one. The first one I found was a Rubicon. I was bitten, but that rubicon was missing another option I wanted - the winter package. The search continued.

Until I found her. This is the first pic...it also shows the first mod. Sticker removal. I didnt know at the time, but im some sort of weird Jeep owner that actually takes stickers OFF the rig. I remember thinking to myself, all of about 6 months ago, that since I got this Rubicon I wouldnt need to worry about silly modifications. Modifications were an early "thing" in my truck years. I eventually swore it off. That dually beast was as bone stock as it could have been outside of line-X and weathertech mats.

Except that stock silver Jeep antenna just annoyed me for some inexplicable reason. So I hopped onto the inter webs to fix that. About 3 hours later I was looking at a hammock that strung itself between the roll bars. Not sure why, I was just amazed at all the damn stuff you can slap onto these things. Turns out the antenna is a gateway mod.

Back to the Jeep itself. for about 2 hours one day on my search I damn near pulled the trigger on a diesel powered jeep. I admit I follow the diesel threads here b/c I still have that itch. Eventually I remembered why I was where I was though. The rig I bought had the 2.0 with ESS. I continue to be impressed by the spunk of that little lump. Im neutral on ESS, it works, and doesnt bother me..yet. Time will tell. I felt I got a good enough deal on the jeep, and some good credit gave me some good leverage at the time of sale too. So I did spring for the 7year 100k bumper to bumper warranty. After further negotiation of course. So that gives me enough piece of mind to be comfortable with the newer engine over the tried and true V6.
Last edited: Jan 30, 2021
OP
OP

At last. The Mods.

My wife is short. really short. So I thought I'd help her with a better step into the Jeep. Seriously. It was for her, not me.

I kept coming back to LOD. I looked at a lot of bars/steps. LOD just does it for me. So the first real mod to the Jeep was a set of signature sliders. Had no trouble getting around the body mounts, install took 30 minutes.

Getting the damn things out of the box took an hour! Serious credit to LOD on their packaging. Next up was onboard air.

Honestly Im not really sure why I did this when I did this. I liked the idea, and some pandemic related boredom made me want something to do. So I chose this. In hindsight im glad I did. It's super handy to have air on hand any time - even for non-tire related purposes.

I dont have great pictures of this mod, I'll fix that sometime. Here's one. The install was easy enough at first, but the compressor wouldnt fire up (hence the pic of me testing for juice). Turned out the brushes in the motor needed to be set better. ARB had a document they sent and 5 minutes later she fired up. the thread for that install is here if someone needs it.
Last edited: Jan 30, 2021 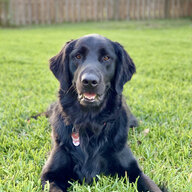 I did eventually decide to use the dang Jeep.

I took a Friday off in October to go play at the Silver Lake Sand Dunes in Michigan.

Remember that 5th wheel I mentioned? We still have it. It lives over on a permanent spot in Michigan, about 90 mins from the Dunes. So I blew off some steam. It was a misty cool day - darn near had the place to myself. It was a perfect 1st "off-road" experience for me. After this day I finally understood the off-road bug. There was one problem with this trip. It was this picture - which I posted on this forum after the trip. I refer to it as "the wheel picture." looks fine right? nope. Something is off. Something doesnt work. I hate my wheels.

Sidenote...it was on this day I was also really glad I put that compressor in. 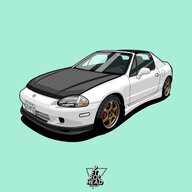 I dont miss the trucks. Parking that dually was sometimes akin to parking a battleship.

I miss the truck bed.

So I bought one. Extra height is so I can move a lifted golf cart (kept at the camper). trailer weight, 1200lbs and change. Gross weight 3500lbs.

V-nose helps cut through the wind. I was super pleased with how the Jeep pulled it.

When I first saw the steel bumper group I thought it looked cool. You jerks and your builds chipped away at that.

I tried converting it to stubby mode, but I just dont like how the factory fog plastic buckets look when exposed on the ends.

As they did before, LOD had my answer. the Destroyer stubby.

I largely offset the cost of this mod by selling the factory bumper. That may be as far as I get tonight. If you've read it - thanks for looking. Hope it can contribute back to the community in some small fashion for all the help I've received here.

This may have been an impulse buy. Im human. MetalCloak true dual rate 2.5" lift. The shop I hired to do the job pointed me in this direction based on my description of what I hope to do with the Jeep. Im pleased with the overall results.

As for hiring the work out. I really do try to do things on my own. But I definitely have more ambition than talent, and way more than I do experience. So while I think I could have done it on my own, I didnt want to be wrong with a suspension. Plus the shop could also do the alignment for me. and, lets be honest....it's cold out there right now.

Yeah, the wheels are still there. Like most things for the last few months lining up shipping with inventory has been a challenge. I should have a set of Pro-Comp 7069s with 35" KO2's this week. Lets keep our fingers crossed. Right now it looks like a giant roller skate. It drives well though.
OP
OP

So thats where we are today.

In the spirit of bringing things full-circle, this Jeep has awoken my more primitive camping instincts. I intend to take a few shorter jaunts and would love to do some dispersed camping.

My gear-acquisition syndrome of course is drawn to the roof top tents. My hangup with that right now is the roof rack. I lean towards the rhino rack b/c it's more removable, but I dont like how the mounts remain. The Maximus looks better with it's mounts, but looks like a PITA to take off when I want to. Im curious to see the ARB mounting solution to their newer rack (I havent seen that yet). I might eventually get over the desire to want the rack to be removable.

In the meantime I may snag a gazelle tent as a cheaper, but not cheap, solution as I see how much I do the camping thing. Im really drawn to the winter camping idea though. I havent found a hot tent option I really like yet (a gazelle tent with a stove jack would be perfect).

Here are my future mod thoughts, in no particular order:

Exterior/Appearance:
Rear bumper - probably LOD
AAL fender lights - this may be the next mod. I love the look.
I'd like a soft-top. removal and storage is an issue. the TLP solves it, but I cant justify that one quite yet.

Keep it coming. I am in the same boat you are in. Keep looking at the Exposed racks and a CVT tent. The project shall never end.