Bought this 2021 Sahara Diesel Dec. 11, 2020. Traded in 2012 JKU, started getting misfires on the JKU and after replacing spark plugs, coil packs and injectors didn’t want to deal with it anymore. Before the JK I owned 2 LJs so not new to Jeeps Decided to take it out for some fun before I started modding it. 2700 miles on it since ownership it’s ready for parts, let the pocket emptying begin. Jan 29 Bought Rugged Ridge tire carrier and order metalcloak 3.5 gamechanger. Got an email saying suspension will be shipped 1-2 weeks from now. Also picked up a set of rubicon fenders from a friend for more clearance.

Everything will get installed when suspension gets here. Also bought a Midlan 275 to go gmrs replacing my cobra 75 I took out of my Jk l. Just waiting for license to go down to $35 from $70 since it was announced beginning of this year.

Still to come:
As of right now metalcloak is the only one that makes a full skid for diesel but is steel and I am being a snob on weight with this one. Talked to artec and they said their aluminum skid for the diesel should be released here in the next few months so that will be ordered when it released.

My winch is just sitting in the garage that was taken off my Jk so I am on the hunt for a front bumper I like. As it sits right now 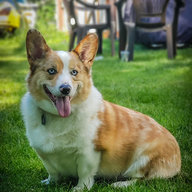 Did Artec give any details on the skids? I'm looking at the metalcloak ones as well for my diesel. Nice build so far btw!
OP

KingCorgi said:
Did Artec give any details on the skids? I'm looking at the metalcloak ones as well for my diesel. Nice build so far btw!
Click to expand...

They said it’s their fully belly skid + def. full belly includes oil pan, trans, gas tank. They emailed me last Tuesday saying they’re almost done with design and should be ready for sale in a few months. MC skid weights 235 lb according to their site. Alum should weight under 100lb so that’s something to consider.

Rubicon fenders installed today. So much more room for activities I got impatient waiting for lift to ship. 37s with rubi fenders no lift fits 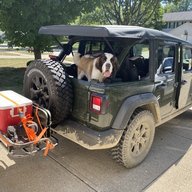 Gonna look great with the lift!

What bumper did you have on your jk?
OP

What bumper did you have on your jk?
Click to expand...


It was a company called RPMfab they are no longer producing, he only does 1ton and 2.5ton steering now.

konakona said:
It was a company called RPMfab they are no longer producing, he only does 1ton and 2.5ton steering now.
Click to expand...

They went out of business about a year ago. oceanblue2019 said:
They went out of business about a year ago.
Click to expand...

Yes RPMfab is no long around. Don started just steering.

God having only a 2 ton harbor fright low pro Jack sucks. Fronts are in and finishing rears for MC game changer Lift is on. Now to go own do a shakedown run and fine tune everything Anybody have clever ideas for arb single compressor mount? Looking to install arb lockers. I don’t want it inside and the popular mounting location under the hood is occupied by the windshield washer res in the diesel
OP

First oil change done at 5k miles and had to refill DEF at 3500 miles.

Appointment set for April 19th to get regear, locker and truss/C 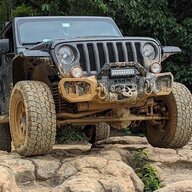 konakona said:
Lift is on. Now to go own do a shakedown run and fine tune everything