IVE SPENT TOO MUCH MONEY said:
I'm planning to fly up as soon as he has availability / it arrives, and then I'll drive it back. The autotrain sounded awesome, but it's quite steep to get a room/cabin.... and I've done that ride in coach class, and never again.
Click to expand...

Yeah, I always wanted to do the train to go down to jeep beach or something but never did. now I live in Michigan.

I'm a little concerned about the break-in period for the diesel and it being all highway (~600 miles). I may plan my route to avoid some of the highway and get some variation. 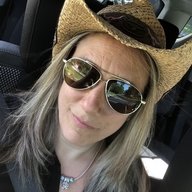 Samister said:
The build date is usually updated in the order confirmation page of the Dealer’s upcoming orders... 8weeks huh! I believe you should have yours in next couple of weeks for sure...
Click to expand...

I’ll have to ask about that date the next time I speak to the dealer. BX to delivered in 2 weeks would be amazing. My guess is you and I will see our Jeeps at the same time. 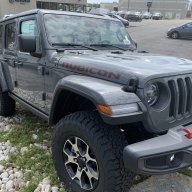 CNDJeepLife said:
I’ll have to ask about that date the next time I speak to the dealer. BX to delivered in 2 weeks would be amazing. My guess is you and I will see our Jeeps at the same time.
Click to expand...

Edge Hawk said:
I'm a little concerned about the break-in period for the diesel and it being all highway (~600 miles). I may plan my route to avoid some of the highway and get some variation.
Click to expand...

Samister said:
If the same time is before Christmas, count. me in man!
Click to expand...

that's kinda' like what i was doing yesterday.
there's a lot of focus on how to break in a motor, but not often as much about many of the other parts of a vehicle. FCA claims the torbodiesel doesn't require any break-in, but i have to wonder about that, and after all, it's only one part of the drivetrain.
it's not all only about seating the rings of a new motor; tires, brakes, ring and pinion gearsets and other parts all have their own "best" ways to break them in. i try to come to what i think is a good compromise.

before i signed any papers, i spent some time with the vehicle making sure it: a), was what i ordered, and b) ready to drive.
having done a little amateur racing, i do a sort of minor Tech Inspection with any vehicle i'm going to spend time with. tire pressures were all surprisingly close to spec, but wheel lugnut torque was all over the freakin' place. (i have a thing about tire pressures and lugnut torque; i bring a gauge and torque wrench with me every time i know someone has messed with wheels or tires, because 90+% of the time when i check afterward i find the values are wrong.)
yes, true to form, as reported here every single one of the relays in the fusebox was not fully seated, and roughly half the fuses were not fully seated either. unlike the last J**p i ordered however, the battery was securely mounted; the last one i got was so loose the brackets fell off when i touched it!
with that out of the way, it was time to drive it.

i started out doing some gentle acceleration until it was indicating near full operating temp (trickier since diesels warm up best under load), doing nearly a dozen frequent near-stops of increasing intensity to heat up the brakes and bed them in, all while not getting up to highway speed for long so as to not get the tires and the ring and pinion gearsets too warm for their initial heat cycle. didn't get on it much at all until it was up near operating temp, then gradually worked my way deeper into the accelerator. shut it down in about 20 minutes and parked it (without using the parking brake) to let the gearsets cool down for their first heat cycle.
after an hour or so, took it out and warmed it up again on surface streets still keeping it under full highway speeds, gradually getting deeper into the accelerator to work in the engine and the rest of the driveline; shut it off after about 30-40 minutes to let it all cool back down again (again, without using the parking brake).
after nearly an hour, drove it home the long way through the backroads, which forced lots of varied accelerator input and braking. got much deeper into the accelerator (OK, all the way! ) after it had been at full op temp for most of an hour, and enjoyed the torque of the 3.0. finished up with a short cruise down the freeway before some surface streets in to home.

this break-in isn't perfect, and ideally there would be some way to heat cycle the tires a few times before flogging on them. i figure the tires are the most expendable part of the vehicle when it's new, and (in most of our cases) an expendable wear item likely to be replaced with something else sooner than gearsets, turbos, u-joints, and transmission components, etc.
i'll be nice to the next set of tires and heat cycle them more appropriately, as the rest of the vehicle will already be past initial break-in by that point.

i only get one chance to do an initial break-in of a vehicle, so will be happier knowing that i did it the way i wanted it done. it's not just that it's a significant investment, but the way we use these machines in the places we go, i'm trusting my life and that of others to this thing working properly. it may not make *any* difference, but if i didn't do it and something broke down the road, i'd be wondering about it forever.

JeepFan said:
I always break in new vehicles entirely on back roads - gentle cruising and lots of speed variations.
Click to expand... 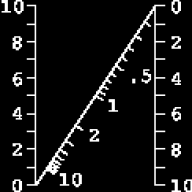 Lag
(Relative to model average)
(Property appears in >2% of builds)
(Request-to-Sticker more than 1.0 days from average)
(Properties do not necessary cause delays; a related feature may be the culprit) Vehicle(s)
No Jeep, YET!

Received sticker before build. Is this is normal?!!
Build still not found.
Also,....I read custom builds have customers name on them ,.....Is this for the actual sticker on the Jeep? Because I do not see my name on sticker in the email I received
2021 JLU WILLYS

the window sticker in my J**p came with my name printed on it; i was told the actual physical sticker in the window was the only one that would.

CJ555 said:
Received sticker before build. Is this is normal?!!
Build still not found.
Also,....I read custom builds have customers name on them ,.....Is this for the actual sticker on the Jeep? Because I do not see my name on sticker in the email I received
Click to expand...

Vehicle(s)
No Jeep, YET!

LOL Mine too!
Did you et your sticker before your build? For some reason I figured it would be the other way around??
2021 JLU WILLYS

CJ555 said:
Received sticker before build. Is this is normal?!!
Build still not found.
Also,....I read custom builds have customers name on them ,.....Is this for the actual sticker on the Jeep? Because I do not see my name on sticker in the email I received
Click to expand...

Thanks for the build sheet & sticker info