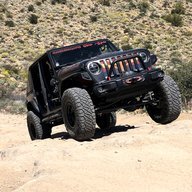 I just chatted (web chat) with them, explained that the Jeep Wave tab was missing when I logged into my account, he had me hold on for a few minutes and he fixed it. Bam. Done. 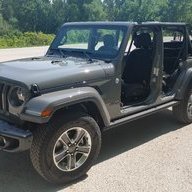 Firecracker18 said:
Thank you! I would have NEVER found it as that owners site s&ucks at best. Scrolled through some deals: gift cards = 10% off. But it's for stores only (possibly restaurants), but I was hoping for things like Amazon, Apple, MOPAR, Visa or MasterCard - you know the GOOD stuff. Jeep stuff is minimal apparel & accessories (aka cups and junk), Coleman seemed to have the best deals. Got bored as most deals were a savings of 10% (Coleman had the best discounts though possible 40% if you spend enough). Didn't bother with the rest, logged out, and came back here. I'm not into spending $$ for something I don't want or need just to save 10%. However if say you score a 20% coupon for Macy's well then get the Jeep Wave Macy's card for 10% off and your savings becomes 30%! So THAT scenario could work. But I have a feeling the other items are either one offs or just as cheap on Amazon, etc.

In today's world it pays to be a savvy shopper. So for me it would be gift cards for sure and MAYBE that Jeep baseball cap that looks pretty cool and is REALLY cheap.

Anyone know when your $500 "savings" runs out? Maybe the same 2 years as the others like oil changes/tire rotations?

I think its the same 2 years.
I used it to get a Sonos subwoofer for better price than I could find anywhere else. All of the Sonos prices look pretty good. Wish I needed some more speakers right now.

i figures it out when i called to find out more on this. doesnt look like much of anything to spend money on to get the savings.
2019 jl sport 2D 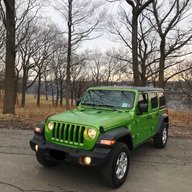 I just came in here to see what the savings dollars even are! I got an email telling me Jeep Wave is discontinuing the savings dollars program as of June 30, 2020, so any spending needs to be done before then. I don't think I'll find anything worth buying (especially during this uncertain time) so I guess this is another fairly worthless feature. 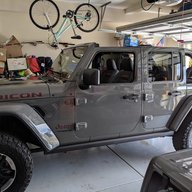 This is still an issue if anyone trying to use before June 30 deadline. Like others, had to use chat window (phone number wasn't working)...after chatting with someone who coudn't help - tied me to a Wave rep - and they had to link my VIN with account (even though it showed on account page).

Looks like 5-10% savings on gift cards...merchandise isn't Jeep specific, so not much there

Jeep raised price of Rubicon Unlimited base by 500 Dollars

50 dollars for Mopar Mud Flaps Each
2