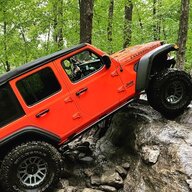 FCCinAZ said:
Why haven’t auto manufacturers incorporated biometric devices in vehicles? If iPhones have thumbprint readers, why can’t those be used as a secondary authentication with a thumbprint reader on the door handle or start button? I guess that jeep would have to make passive entry standard then.
Click to expand...

There is a guy on this forum who is a software engineer that worked for Chrysler on similar stuff years ago. Drives a lifted white 2dr sport, posts pics from Colorado. He's always got great posts and i feel bad because i can't remember his user name. Hopefully he'll chime in.

Anyway, He had a pretty long post full of good info a while back when discussing how the Jeep runs without the Keyfob until you shut it off. Someone asked a similar question: Why isn't there a hard stop, theft deterrent. His response (and I'm paraphrasing) was: They (Chrysler engineering) would rather have someone steal the vehicle with no interaction, than have someone wait for you, possibly with your family, and then jack you at the point of a gun/ knife. In that scenario- it seems to make sense.
And you have to be real: everyone wants to pretend they're John McClane in Die Hard, but the fact of the matter is 99% of people aren't- Hell, I've been in martial arts since I was ~10, and the number one thing they taught us was always be aware of your surroundings, and trust your instincts. Based on that training, and my experiences, I can confidently tell you, that 95% of people are barely aware of their surroundings. If someone is armed, and waiting/ watching- they're going to get the drop on you, like it or not. Maybe you'll get the better of them, but that's a BIG chance based on a number of factors: Main one's being:
1). They're armed
2). They clearly do not give a flying [email protected]#% about the law, or even hurting someone else (because they're armed)
3). They have far less to lose: because they're already armed and trying to stick you up for your vehicle. Meaning they're on really hard times (junkies, hood rats, etc) or they're professionals (and they have back up wiht bigger guns waiting nearby should shit get out of hand). In which case- they can always back off, and follow you home, and take your big shiny Jeep from your driveway then. Maybe even with a Truck.

I'm not trying to belittle anyone; Just trying to paint a more clear picture of "What's the worst that can happen" in this alternative scenario. It's something I have to do regularly for work. And like I said previously: I've lived in a lot of sketchy places, and have known people over the years who know a lot of sketchy people. The stuff I've heard has definitely helped me get a more clear view of the world.


roaniecowpony said:
I've learned over the years that having a nice new vehicle, whether a sports car or 4x4, adds stress to my life. So much so, that it outweighs the "good" feeling of new and shiney vehicles. I feel much better about my vehicles a few years into ownership, when it has a few nicks and dings and isn't as attractive to the international trafficing thieves we have here in Socal. There's a sweet spot of new enough for me and old enough to be less attractive to thieves and less stressful to me for parking lot rash.
Click to expand...

My 98TJ had the best deterrent: it was big, loud, ugly, with smashed Fenders and some rust. I left it top down/ doors off with the console locked up multiple times in sketchy areas with dive bars that I'd go to to see shows. Nobody ever bothered it. They thought it was too shitty to be worth anything. Same area, I roll up with the Orange Charger I had at the time? I would have panhandlers harassing me before I even got out.

Point is: don't leave it running with the keys in it, but don't lose sleep over it, either. If you take even remotely normal precautions (like not leaving the key in it), you'll be fine. 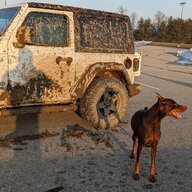 I have an anti-theft third pedal :D 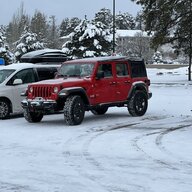 TIPOVR said:
On my Mercedes you could double tap the lock button and the fob would stop broadcasting, not sure if Jeep fobs have such a feature?
Click to expand... 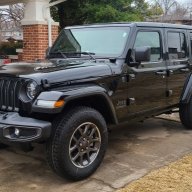 It is not just Jeeps. I know a few people who have had Toyotas stolen recently using the same method. 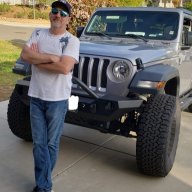 Black Jeep Convertible said:
What about something like this?
https://amzn.to/3r2ntlq Use it only on the brake pedal, and it might provide a modest layer of security. Manual transmissions can oftentimes be pulled out of gear without depressing the clutch pedal, so there's little gain by placing the device in that location.
"I prefer peace, but if trouble must come, let it come in my time so that my children may live in peace"
~ Thomas Paine 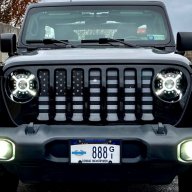 Heimkehr said:
Use it only on the brake pedal, and it might provide a modest layer of security. Manual transmissions can oftentimes be pulled out of gear without depressing the clutch pedal, so there's little gain by placing the device in that location.
Click to expand... 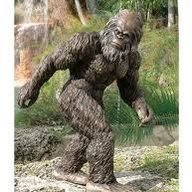 I'm thinking of a scenario where all the thieves require is a free-wheeling vehicle that can be pulled up onto a flatbed...or towed away with two wheels on the ground. Thus my comment that the linked pedal lock might provide a pinch of security. Or it may not.

Provided our Jeeps can be parked in a locked garage at home, every theft prevention device is in a race for Second Place. Every one of them.
"I prefer peace, but if trouble must come, let it come in my time so that my children may live in peace"
~ Thomas Paine

I was under the impression that if the Jeep got too far from the fob, the Jeep would shut down. Or are they using a device that emulates the fob..

CJ7 and 4 wheel drive said:
I was under the impression that if the Jeep got too far from the fob, the Jeep would shut down. Or are they using a device that emulates the fob..
Click to expand...

The jeep will run until it runs out of gas or you shut it off, no matter how far the fob is away. You just can't restart it without the fob. 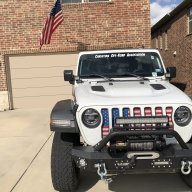 Mine is safe. It's a manual.

JimLee said:
The jeep will run until it runs out of gas or you shut it off, no matter how far the fob is away.
Click to expand...

And the thieves will be conveniently made aware of this modified running condition, via the "Fob has left the vehicle" message now evident on the dashboard's TFT screen.

I suppose in practice, they would simply need to add gas sufficient to keep the engine running until they are able to allow the engine to shut off without compromising their theft. Perhaps they'd only trip up here if they fail to turn off the ESS function.
"I prefer peace, but if trouble must come, let it come in my time so that my children may live in peace"
~ Thomas Paine 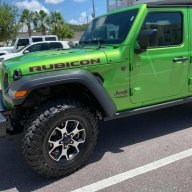 Only thing lower than a thief is a politician.

TimmH said:
with touch screens, they should have an option to enter a pin code to start the vehicle if someone wants to turn on that option. And a quick way before shutting off the vehicle to require pin on next start.
Click to expand...