Jeep broken into and valuables stolen 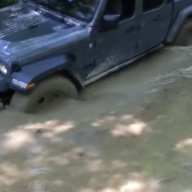 Notorious said:
you are allowed to legally keep a firearm in your vehicle as long as it is properly secured.
Click to expand...

Sorry you guys have it restricted like that down there. We can keep ours out in the open. In fact until recently keeping a firearm anywhere other than the glovebox was considered “concealed carrying” and without a license to do so made it a misdemeanor so most people 18-20, who are by law not allowed to conceal carry in public despite being able to open carry without a license, have to keep their rifles and handguns out on the seat, where it is easy to steal. We’re working to fix that loophole in rights though

To get back on topic: 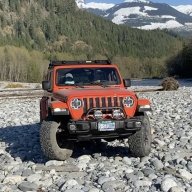 Jennalee said:
I lost my wallet once and I was devastated. I also lost my new iPhone once for an hour and couldn’t believe my entire life which was on my phone could be in the hands of somebody else who had access to it. On top of that imagine having my Jeep window smashed in. Drug abuse doesn’t excuse that kind of behavior for me. I feel sorry for the OP, not the jerk who did a smash and grab on him. I do admire your sympathy for him though.
Click to expand...

Thank you everyone for your sympathies. I have to admit that reading the comments made my day a little better.
The Jeep is at the repair shop, and as expected, there appears to be parts shortage on the rear-passenger window glass. They quoted me 2 weeks before they can get it in, but I have a feeling it could be longer judging from some of the past experiences by members on this forum.
Meanwhile they will go ahead with body paint and interior repairs first.
I was feeling pretty down over the weekend, I probably would have been ok if it were just the monetary loss, but there were items of sentimental value in there that the thief also stole that really made me upset. But I really wished the thief would at least return the memorabilia of me and my girlfriend from various trips and adventures we had together. Those are priceless for me.

I sort of low-key hoped that the thief had just a glimmer of remorse and return those items including my IDs since he has my address after all. 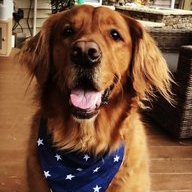 Sorry to hear this... man people can be a-holes sometimes... your thief was pretty brazen though as I am sure everywhere they used your cards has video surveillance...

My last Jeep was broken into outside of a bowling alley and they cleaned it out... including the back seat... Im thinking that was mainly because there were amps bolted to the bottom of it and it was the quickest way to grab them. It was parked under a light and in an incredibly busy area.

Hopefully your insurance company treats you well... mine (Geico at the time) ended up paying for most of the damage but it took forever and I had to go through TONS of paperwork... 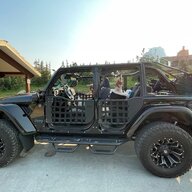 Get used to it many cities like here in Seattle the Mayor has told the police NOT to investigate property crimes anymore, Seems to be a Demorat mayor thing in many cities now. SO the tweekers and gang bangers have free range
OP

lightsout said:
Get used to it many cities like here in Seattle the Mayor has told the police NOT to investigate property crimes anymore, Seems to be a Demorat mayor thing in many cities now. SO the tweekers and gang bangers have free range
Click to expand...

That also appears to be the sentiment I got from the police department when I reported the incident.

Arterius2 said:
That also appears to be the sentiment I got from the police department when I reported the incident.
Click to expand...

It is going to get much worse before it gets better. I bet if they prosecuted more property crimes the homeless population would likely also shrink, this just makes it easy for them... 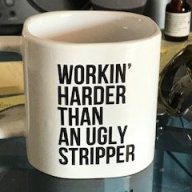 rickinAZ said:
Wow. I was hoping that it was just bluster. Scary stuff. [Please don't tell me that you carry a gun in your Jeep.]
Click to expand...

An armed society is a polite society. 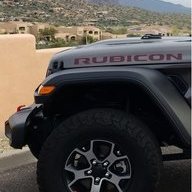 Sad to hear about this disappointing situation for Jerry. This situation is especially bad in California because there is a loophole in state law that almost prevents police and prosecutors from prosecuting auto break-ins. In December San Francisco reported over 70 break ins per day. Other cities like Seattle are experiencing so many, the mayor is directing police to not investigate them. There is a fundamental crisis in our society that allows for this to happen. It doesn't sound like there is any resolution soon. 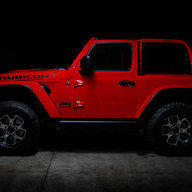 My JL was broken into. And the thief only took some gloves, my owner’s manual, and my purchase agreement and warranty papers. The following day I was dreaming and pictured the thief driving away and throwing all the items without value...out of his window. My son and I returned to the scene of the crime and imagined we were the thief.....followed our instincts and we located three separate spots where the thief threw out the items that were no value to him. I recovered everything except my owners manual, my gloves and the Jeep owners manual case. “Jeep Cares” sent me a new owners manual and I bought new gloves.
Unique collision Tomball, Texas replaced my drivers door, my rear leather seat and made my JL “NEW” again. Big thanks to them and progressive insurance. 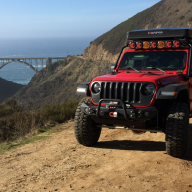 The loophole, in CA, is caused by the definition of Burglary in Penal Code 459, which in the case of autos states "entry to a locked vehicle...".

This has been on the books since the introduction of Penal Code 459 and it is actually state Democrats who have introduced a bill to close the loophole this year.

If we are looking to assign blame for exploitation of the loophole to the degree that prosecutors have just thrown up their hands...because they lose the cases...blame the lawyers as usual.

iznthesky said:
My JL was broken into. And the thief...Good luck
Click to expand...

You left out the part where you found the thief, beat them so hard that it literally broke them in half. You left them bleeding internally, naked and hemorrhaging in pain.

The loss of the gloves were a necessary casualty. 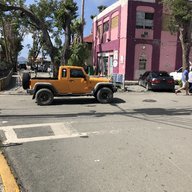 Sorry if I offend anyone but if I found someone in or breaking into my Jeep, they are dead and I do mean Dead. They will not be wounded but at 15 rounds will be used, sorry if its your child that has problems but when you enter someone’s property uninvited there are conquests. I disagree that we are all two mistakes from being one of them. Many of us started with nothing and yet never broke laws or broke into homes and cars. The dirtbags that will not investigate the car break ins are doing this because more of us have decided to fight back and end these assholes.