How Will Jeep Build JL's & Gladiator's in One Plant ? 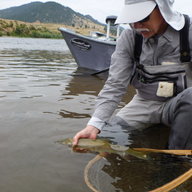 It's been written and implied in various Jeep Universe venues that Jeep will be building these 2 Icons side be side come 2019. My main concern is with Customer orders and delivery times growing even longer. I know we have a very informed insider (perhaps more than one?). I am hoping Jeep opens up another Plant (another rumor seen about!) and dedicates IT to the Gladiator (eventually). Any thoughts? Any Concerns, as in, excessive delays in building ALL these Vehicles in a "timely manner"? It is no secret Jeep is having issues building JL's "fast enough" to keep up with "demand, " with hundreds, if not thousands sitting in Lots waiting to be shipped via Rail or truck ! But that's another issue already discussed .

They are actually 2 different factories. They are in the same facility but they are separate. I don't think you are going to see an issue with production. They were building the JK on that line before they started building the Gladiator.

I think the issue will be the logistics of shipping vehicles. Time will tell.

I also think people are overestimating how many Gladiators will be built. It won't be anywhere near the scale of Wranglers. I know Jeep has said 100,000/year, but that seems extremely unlikely. That's pretty close to the number of Colorados that are sold (not ZR2 - all Colorados). I would be surprised if the actual number is more than 50,000. 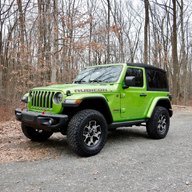 I thought someone that worked there made a reference to some workers going to go "over to the other side", as in, some workers will go to the other side of the plant/factory to make the Gladiators. As someone who doesn't work there, I wouldn't think production will change much. Demand for the JL may decrease as its no longer a new model. Some potential JL customers will be JT customers. I ordered a 2019, and it took 6 weeks for delivery, which is pretty good. Granted, there are some in the minority that are longer, but overall, production speed seems pretty good. I wouldn't judge production speed based on individual customer orders, since the vast majority of people buy what is on the dealers lot. I also don't expect the JT to sell as much volume as the JL/JLU.

The FCA plant in Brampton Ontario, where my Challenger was built, also made the 300, Charger, and Magnum. All at the same time. Into The Great Wide Open...

Anyone build a sleeping platform or know how to build one for JLU?

How does the JL's Hard Top removal work
2 3