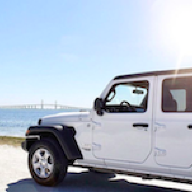 In the fuse box there are some spots labeled as "Spare *if equipped". What exactly does this mean? All of the spaces on mine labeled as a spare are blank fuse slots. Does this mean I could use the slot to connect something else to? Or is this where a spare fuse would be located if I had to use it to replace another blown fuse?

For reference - was thinking of tapping in to a spare fuse (or another fuse connected to the ACC), instead of the Aux switches in order to wire up DRL halos in after market fog lights that would always be on when the ignition is on. 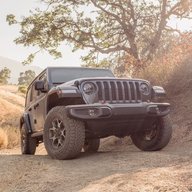 Good question that I’m curious about too. I’m looking to tap a hardwire dashcam dude kit into the fuse box.

Did you ever figure it out?

At least in the case of those owners equipped with the cargo area 12V plug (those with subwoofers back there I think) there are two mutually exclusive slots for its fuse. One, as from the factory, makes that plug energized all the time, JL on or off: unlike the one in the dash. Move the fuse and the cargo area 12V plug behaves like the one in the dash. Trash the fuse, the plug never works. Put a fuse in each......just don't (probably behave like factory.)

Can't say that many situations like this do or don't exist with other electric things JL. 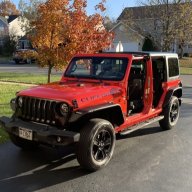 None of the slots in my fuse box, labeled as "Spare" on the lid, have any fuses in them.

With the foregoing in mind, and since the only fuses I had in garage stock were ATCs and ATMs, I just purchased an assortment of the ATR fuses that are used in the JL.