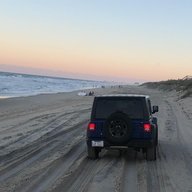 This is getting pretty insane. It's a little scary seeing how deep this deep state runs. I get the feeling we're getting closer to connecting all of the dots and uncovering the political network that ties politicians, past presidents, presidential candidates, news networks, government agencies, and foreign governments and their malicious abuse of power through spying on rivals and their political campaigns, destroying the lives of innocent citizens, extortion, pay-for-play, etc... And the impeachment process is just an attempt to distract the public from the uncovering of the truth.

I'm starting to think it's too large and complex to bring down. I think we see some minor actors go to jail, a few more get fired, but in the end there's too many people protecting the network and not enough news reporting to convey the truth to the American population.
You must log in or register to reply here.
Share:
Facebook Twitter Reddit Email Link