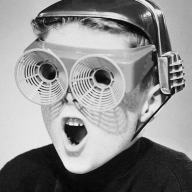 Chuck said:
I've had a few rattles & squeaks from my B pillars (posts right next to and just behind the driver and passenger seats) -- most noticeable on bumpy roads.

My first problem was narrowed down to those plastic rain gutter covers. Both have made noise here and there, and both have been found to be loose. At first, I just pushed on them a bit and the noise went away ... but it returned later. They adhere to the sides of the hard top with double-sided foam strips, but they don't seem to hold very well.

The panels pull off pretty easily, so I'm either going to just leave them off, or I'll have to get some better foam stickies or some strong double-sided weather stripping. BTW, you can get them off with your hard top on, but the roll bar is kind of in the way, so it's much easier to work on them with your hard top off so that you can access the area better. Second problem was a squeak/rattle coming from one corner of the passenger's Freedom panel. Specifically, the rear corner on the door side. I stuck one of those foam dots like a previous person suggested (great idea, BTW), and it made the fit a bit more snug. But when I lightly pushed the panel (after closing everything up), there was still a noticeable squeak. After messing around with it for a few minutes, I located the problem area: The piece of black foam (blue arrow in the following pic) was rubbing up against the hard white plastic (red arrow) and making this awful squeak noise. So I stuck a large circular plastic/rubber dot over that corner, locked everything down, and that seemed to eliminate the noise. With the tighter fit, I wasn't able to make it squeak anymore by pushing up on the panel. It's hard to see the rubber sticker that I stuck on the corner in the following photo because it's clear, so I circled it in red: I think I've fixed my squeaks and rattles for now. Hopefully this will help someone else with a similar problem(s). I'll probably keep some of those dots in the glove box from now on.

Now, if I can only fix my creaky clutch pedal ...
Click to expand...