I am looking for a deck cover that will cover my tub all the way to the front seats. I have a Bestop Deck Cover. Quality is good but it stops short of the front seats and leaves a space that is open to the elements. I am looking for a cover that will keep out rain to the back seat foot wells. I am not particularly concerned with security. I just want to protect from elements when I have top off. 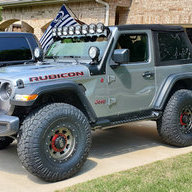 I have the Rampage cover and the back window. The middle of the window zips to the cover and- once you've pulled it up tight- it lifts the front edge of the cover a bit.

There are still openings in the corner but when I've driven in the rain I've stayed dry, and the window seems to make it easier for the AC to keep the cabin cool during the DFW summer.

On my TJ the tonneau cover had a vertical front piece that went up against the backs of the front seats- which kept water from rolling forward into the cabin. I wish the JL tonneau covers had the same feature, but this works for me. Thank you. I've seen this one before, unfortunately its been out of stock for months. I have it on watch for when its back

larryma said:
Thank you. I've seen this one before, unfortunately its been out of stock for months. I have it on watch for when its back
Click to expand...

That's not surprising to hear... Rampage announced the launch of this product numerous times- only to delay its launch numerous times. Also, the window they launched (at least when I bought mine) was the same for both the two and four door JLs. You would think they should be interchangeable, but the window ends up being a little short for the the 2 door (which has the happy- for me- side effect of pulling the front lip of the tonneau cover upwards slightly).

I was really excited to see the Sun Top that was referenced earlier in this thread. However, there's a pretty lengthy thread on that product, and it does have a few shortcomings (the main one being the material is a quite a bit thinner than the Bestop material- which causes some flapping and wear issues). If I didn't already have a Bestop, I would have probably considered the Sun Top for my Summer setup.

Also, the window- while it does make it easier to keep cool and cuts down on the wind and rain- does mount in front of the soundbar speakers, which does impact audio quality a bit.

I have a 2021 JL and am wondering, with the seat folded down , did you latch the seat to a floor anchor to keep it from bouncing/tumbling or remove the seat completely?

JeepJim said:
I have a 2021 JL and am wondering, with the seat folded down , did you latch the seat to a floor anchor to keep it from bouncing/tumbling or remove the seat completely?
Click to expand...

My rear seat came out within 15 minutes of getting home from the dealer (and it will go back in about 15 minutes before I trade it in or sell it :^).

That seat bouncing around in the back drove me insane on the 190 mile trip home from the dealer- I cannot imagine having it back there all the time! 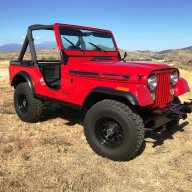 Pete...just curious if you need the rear window to keep the tonneau cover from flapping around, or if you can just run the tonneau by itself. Not worried about keeping rain out of the Jeep here in SoCal...just prying eyes.

flyer92 said:
Pete...just curious if you need the rear window to keep the tonneau cover from flapping around, or if you can just run the tonneau by itself. Not worried about keeping rain out of the Jeep here in SoCal...just prying eyes.
Click to expand...

You can run the cover by itself (the back edge is held down with the original bar that comes with the soft top- you slide it out of your soft top and onto the tonneau). The window at the front edge just allows you to somewhat enclose the cabin. Dallas gets pretty hot in the summer, and the A/C does a much better job at keeping things cool when you have the window installed.

Quadratec has their own brand, " Master Top " and they now have the Tonneau, Windstopper, Bikini and Safari for the 2 door !
I want the Tonneau and Windstopper, so glad to see this

I only have experience with the Rampage cover. One note, Rampage originally made a miscalculation on their rear window (they assumed one version would fit either 2 or 4 door, but the 2 door version needed to be taller to fit properly). My understanding is they have since created a specific 2 door version- but if going that route make sure you get the correct piece.

Just a side note... I've since gone to a hard top tonneau I sourced from a local manufacturer (JFTops.com). The tonneau is constructed of wood with a Rhino covering, and I really like this option as it is fairly watertight and more secure (there is also a board on the front side that seals off the rear storage). This summer, I'll be mounting a rack to the top of the hard tonneau, which should allow me some extra space for gear.