Ok, I don't know where to start out... First of all my jeep is a Wrangler Sport a unlimited 2019. It has 35 000 km. Two months ago, my mechanic, who is not the dealership, noticed a front cover gasket leak, and suggested that I have it looked at by the dealer since it is still under warranty. I did that , and it ended up being just that. Now, the fun begins... Few days after the repair I notice a funny smell coming from the hood from time to time, no big deal till the next week end, was out hunting in the woods.. notice when coming out of the jeep, white smoke and coolant smell.. popped the hood..looked at what seemed to be my coolant hose leaking, but it didn't look like it used to be either(see pics down) it was leaking a bit on my exhaust. I decided to duct tape it and head back home. Overnight all my coolant leaked out.. so bring it back to dealer and at the same time looked at my oil level since they did an engine seal repair last week... God dammit, at least TWO inches of oil up on the wire area of the dip stick.. showed it to the rep with the cracked coolant hose and said they would take care of it. The day after, I come back to take my jeep, and they say it was warranty work, but that I must have broken the hose myself.. which I didn't. And that they removed some oil, but that there really was not much of an overfill... At that point I already had no more thrust in them... Few days later.. noticed an oil leak under the jeep.. went back to dealer.. now it was the valve cover that was leaking... Parts, backorder for 2 months.... Now today, just got my jeep back .. finally pop up the hood... Notice that my coolant level is wayyy over fill... Guys at the dealer says it's no big deal .. what would you do?? Also, I noticed before giving them my jeep the last time what seemed to be oil on the sensor on top of valve cover.. they say that it was not what was leaking.. just mist of oil going around form the real leak... I will let the pic to show you.. thanks for your time and sorry for my english. Last pic is the the coolant leak, second one, what was the valve cover leak result, the two next is what seems to be a leak on top of valve cover that they denied, and the last one my actual coolant level (should I leave it like that, or drain some) Do not ever go back there.
OP
OP

mwilk012 said:
Do not ever go back there.
Click to expand...

That is not my plan to go back there... Hopefully, I won't have other leaking engine issues... But should I drain some coolant, or is it safe to leave it that way? 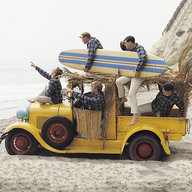 If the engine has gone through several complete thermal cycles and you are sure there is no air in the cooling system, you can remove the excess coolant from the reservoir.

Also, you may want to check the coolant mixture to make sure it is mixed 50/50.
Allen

calemasters said:
If the engine has gone through several complete thermal cycles and you are sure there is no air in the cooling system, you can remove the excess coolant from the reservoir.

Also, you may want to check the coolant mixture to make sure it is mixed 50/50.
Click to expand...

If the engine has gone through several heat cycles, then the excess level is fine.
OP
OP

mwilk012 said:
If the engine has gone through several heat cycles, then the excess level is fine.
Click to expand...