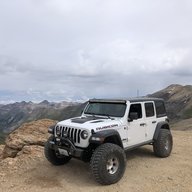 With Saturdays currently reserved for minion sports, we’re pretty much relegated to Sunday day-trips only. As luck would have it, that wasn’t a deterrent for a few of our friends who were able to join us for a quick trip up to Darland! Joining the entire dollop of Wilcox would be:

The majority of the group met up in my driveway circa 0730, and we rolled out shortly thereafter. Our JLU-R was tasked with tow rig duty for the boys’ RZR, and I’m happy to report that it performed admirably. Gotta love seeing a bunch of Jeeps in the mirror: We unloaded and aired down at the gravel parking lot on the Middle Fork: From there we headed up and explored the White’s Ridge trail. Some of us had been on sections of the trail before, but none of us had run its entirety. While we weren’t technically lost, we did discover the end of the trail and had to backtrack down to the Middle Fork. The views from what we presumed to be “the” ridge, were great even with the overcast conditions. You could just make out the mid-section of Rainer between the hilltops and the base of the clouds: As we hit the gravel on the Middle Fork, tragedy struck when OG lost a manifold burrito into the depths of the JLU-R engine compartment. Recovery efforts were initiated at the Tree Phones camp ground: With the situation handled, we proceeded West and eventually ran into some slushy snow leftover from the night before. We ate lunch at the summit of Darland: 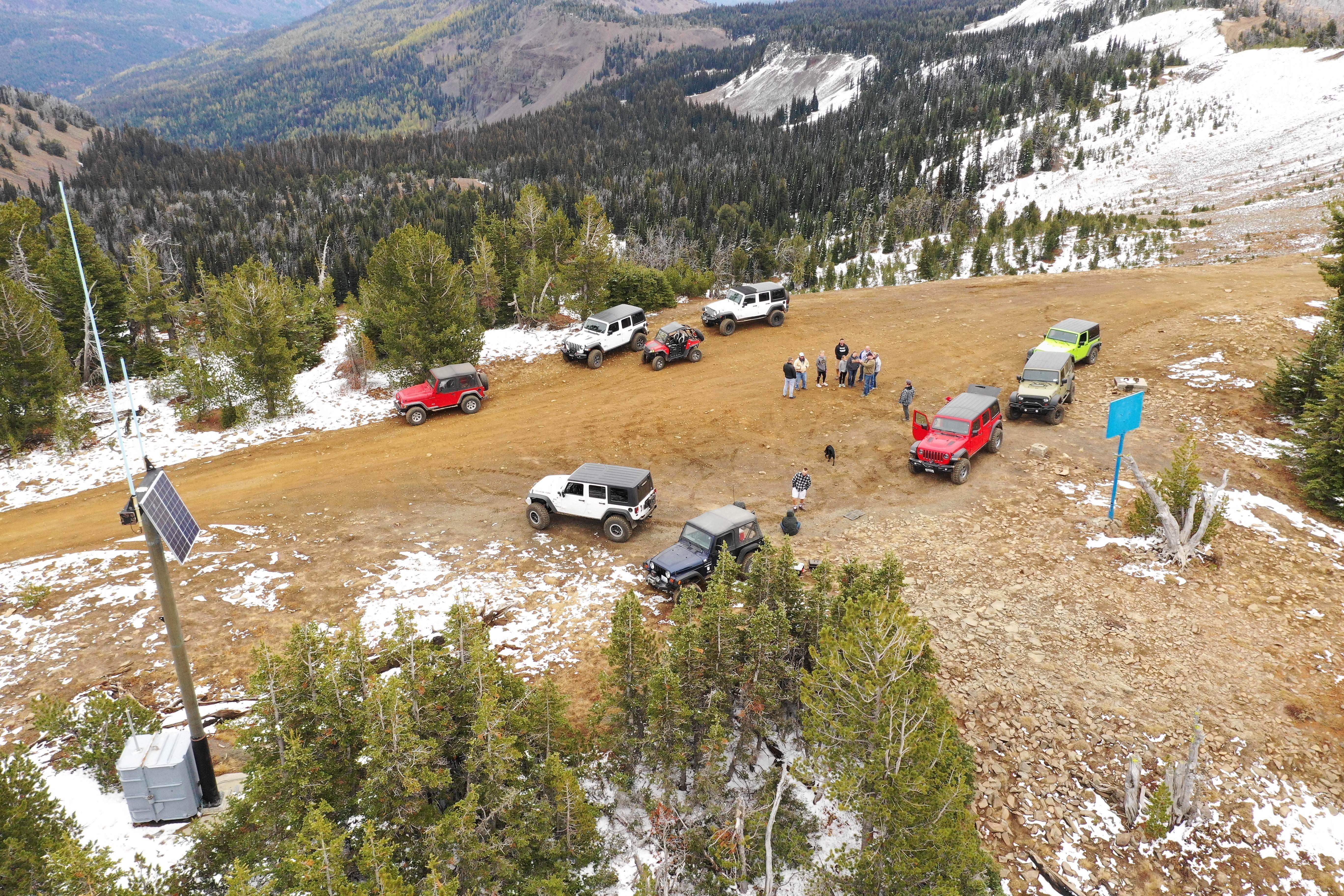 After lunch we eased down in elevation, arriving at Blue Lake for a nice group photo: From Blue Lake, we traversed the hillside and made a quick stop at the snow cabin: As the shadows started to get long, we headed back down toward Jackass and ultimately back to the North Fork road and gravel parking lot to reintroduce PSI’s to the tires, and get the RZR loaded up for the trip back home: Overall we put on about 40 miles in the dirt, and it was a great day in the hills. Thanks again to all that could join us!

Who has their JL ? Anyone want to do a JL run?