Dana, manufacturers of axles and driveshafts and supplier of Jeep axles will be investing $70 million to open a new axle plant in Toledo, Ohio, just three miles from the Toledo plant where the Jeep Wrangler and Cherokee are produced.

The facility will be built on the site of the former Willys-Overland Motors plant, home to the assembly of the original Jeep.

In addition, Dana will be hiring 300 additional workers to staff the planned 300,000 square foot plant.

Dana to build axle plant to supply Jeep, another automaker

Dana Holding Corp. said today it will invest $70 million in a new axle plant in Toledo, Ohio, that will supply Jeep and another automaker.

Dana, which makes a variety of axles, driveshafts and other parts, will build the factory on the site of the former Willys-Overland Motors plant, where the original Jeep was assembled. The site, which Dana will lease from the Toledo-Lucas County Port Authority and real-estate firm NAI Harmon Group, is three miles from where Jeep assembles the Wrangler and Cherokee.

In addition to supplying Jeep, the Maumee, Ohio, supplier also said it will have another major customer for its axles, though it did not say which company it is. Dana’s top light-vehicle customers include Ford Motor Co., Hyundai Mobis, Tata Motors, Nissan Motor Co. and General Motors, according to a regulatory filing.

Dana said it will expand a recently built 100,000-square-foot facility on the space into a 300,000-square-foot plant, investing $70 million in the process. The company said it plans on hiring more than 300 workers.

The Willys-Overland site produced Jeeps for 64 years through 2006, when it closed. The plant, which opened in 1910 and was known for its brick smokestacks, was the oldest manufacturing facility in the U.S. before it closed.
Dana CEO James Kamsickas said in a statement: “It is an honor for Dana to return manufacturing to the same historic site where Toledo’s automotive industry began more than 100 years ago.”

Bob Pyle, Dana president of light vehicle driveline technologies, said the site was chosen in large part due to its proximity to automakers’ facilities in northwest Ohio and southeast Michigan.

The company said it plans on hiring more than 300 workers. Pyle said the new workers will decide whether to unionize when the time comes.

“We’re neutral as it relates to those kinds of things,” he said.

Production on the company’s Dana 30 and Dana 44 axles is scheduled to begin late next year. Dana said it could add assembly lines and axle programs in the future.

The company said it received financial incentives from several public entities including the State of Ohio, the City of Toledo, Lucas County and the port authority, which redeveloped the site. It expects formal approval for the incentives to come later this month.

Terms of the company's lease were not immediately clear.

The news comes as Jeep demand continues to rise. Jeep has sold 293,895 vehicles through April this year in the U.S., a 17 percent rise from the same point last year.

I am guessing the bronco is gonna need straight axles too? 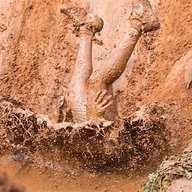