Corona Gorilla in the room... 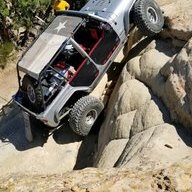 TPadden said:
As usual world governmental over reaction is bass akward. The only quarantine required is for the at risk population; too late for anything else. Quarantine, protect, treat them and the rest of us will sniffle, cough, and until any vaccine is developed - simply move on.
Click to expand...

I was agreeing with this until yesterday....2 of the 5 new hospitalized cases in Dallas on Tuesday are in ICU and their ages are 20's and 30's with no underlying issues...apparently neither is doing well.

Talking to frontline medical people locally, this is extremely contagious and really aggressive when it makes it to the lungs.

If Coronavirus was a bio warfare weapon, it isn't a very effective one, in terms of killing people and in terms of backfiring on its creators. Unless its creators are a bunch of Socialists who want to crash capitalism to create an opportunity. Then, maybe, but it could backfire there, as well.

Guys, 80% of human infectious disease comes from animals. 80%. Poor people in crowded parts of the world sleep with their animals to protect them from theft. That's chickens, goats, and the filthiest of them all, pigs. They also eat anything that moves, out of necessity. Infectious diseases come right out of that.

I'm not denying the existence of weapons grade biolabs, but I'd like to see more evidence of those with offensive purposes in the US. Defensive, sure. Offensive? Not sure why when you have nukes and other WMD's.

This thing has been hyped beyond reason. Is it dangerous? You bet. But it isn't dangerous enough to the primary economic moving population of the country to justify throwing tens of millions into poverty overnight. I thank the media and the political ideologues for much of it, which has been downright praying for a recession to gain power, which is nuts in and of itself. But here you have it.

There will be some rough economic hardship, but we will recover as both the herd becomes naturally immunized and as a vaccine is developed. The problem is that the herd needs to be naturally immunized much more slowly, or it causes a crisis for every other kind of illness being treated at the hospitals, turning many that are entirely treatable and survivable into deadly conditions.

I don't know what the future holds, but I firmly believe we'll pull through this. I'm certainly not going to spend much time entertaining conspiracy theories or extreme emotional responses, or blind political ambition. Regular people will come together and work this country right back to prosperity.

I'm going to continue to hunker down, protect and provide for my family, do my job to the best of my ability, and try and look out for those nearby who are vulnerable. In fact, I'm getting ready to check on a very elderly couple in the neighborhood here in just a minute.

If this is freaking you out, I'd advise you to focus on what you can control and work hard at it. You'll then have less energy to spend on making yourself sick with worry, and thus vulnerable to this or other illnesses.
"God will have the last word, and it will be good!" --Dr. Robert Schuller

"Front Line", the premier PBS Investigative Journalism branch, is doing an in-depth research on Corona Virus as we speak ; I trust their reporting, and look forward to seeing this documentary, out soon. Is this virus an unhappy coincidence from the Wuhan " wet market ", or is it a " gain of Function " accident from the Wuhan DSL-4 Bio Lab. ? I look forward to the evidence, where the trail leads.
I deleted my 2 prior posts, not because I believe they are inaccurate, or RedHerrings ; the evidence to date gives them great credibility, BUT, there is enough angst out there without adding to the very real fears we all have.
"The Truth is Out There..."
Last edited: Mar 18, 2020 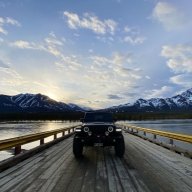 Goin2drt said:
The media and then the sheeple that are creating this mass hysteria is the problem, NOT the government. The government never said go stock up on TP. the virus doesn't even give you the shits. This is 1000% the effect of social media on the sheeple that blindly follow others without first getting educated or even a small understanding of the issue. This applies to politics as well prior to this virus.

Supply chain isn't shutting down people. Healthy people are barely even feeling that bad from this. It isn't like if you get it, you will die. That would be call for panic.Yes we all need to follow the direction of VERY SMART people at the CDC and do what they are asking. They are not asking for people to go stockpile supplies and then try to sell them on ebay. Let's all be sensible here. Go out and support your local restaurants while following the rules of the state and tip well. These service people need us.
Click to expand...

Which supply chain are you referencing? I work in health care and we’re already seeing supply chain issues. The auto industry just closed down all assembly here and most globally. Businesses small and large across the country and internationally have closed down. They ARE the supply chain. By the time people realize the bleeding from this mess only stops when the world goes back to work, I don’t think there will be any confusion about “supply chains”.

JLURD said:
Which supply chain are you referencing?
Click to expand...

He specifically referenced the mass hysteria media generated TP supply chain shortage. There is no real TP shortage until people have to use both sides of the paper.

An absolutely scathing article on the Trump administration’s, and Trump himself, inability to get test kits out has just been published in the WSJ. This administration and Trump himself have let the country down. Because of these personal failures, the situation is WORSE now, will be worse, and will be more prolonged than would have otherwise.

our response here is abysmal and it is Trumps fault PESRONALLY. (Despite him never taking responsibility for anything negative, ever). Thanks to this administration, more workers are out of work, the markets are in a tailspin, small businesses are closing at alarming rates. We may be headed for a DEPRESSION. This did not need to happen. It happened because we had an inept administration in Washington that had convinced themselves that this would just “disappear come April”....... You, me, and every citizen are the collateral damage of these clowns.

read the non-partisan WSJ article and decide for yourselves .....

Dkretden said:
...read the non-partisan WSJ article and decide for yourselves .....
Click to expand...

No need; I decided your non-partisan review was sufficiently convincing.

TPadden said:
No need; I decided your non-partisan review was sufficiently convincing.

Good, because I’m a Texas Republican.

TPadden said:
He specifically referenced the mass hysteria media generated TP supply chain shortage. There is no real TP shortage until people have to use both sides of the paper.
Click to expand...

His TP commentary was in a completely different paragraph. He also mentioned the CDC not asking people to stockpile supplies in general...in the same paragraph discussing “supply chain”. Not to worry, more than a few companies and government entities seem hell bent on indirectly taking down the TP supply chain too.

The fact that you still fall for the blue-team vs red-team charade that has collectively hobbled the world economy is fairly amusing. Let’s not forget the truly bipartisan issue that has pushed us to the brink of depression. Both parties racked up trillion dollar annual deficits with zero action to address the debt even with both chambers and 1600 Pa Ave controlled by the same party. Red and blue are almost equally responsible for the 23.5T debt we have right now. After Q1 2019, the CBO projected nearly 1 trillion dollars in interest payments for the year and within days the fed was hard at work manipulating interest rates to “fix” the problem. The economy continued to push the longest bull market in history with zero political interest in cutting the deficit (let alone the debt) when times were as good as they ever have been. Fast forward to Q1 2020 and the fed has an actual crisis to manage...except we already wasted most of the room we had to move on interest rates so now we’re grasping at ridiculous straws like giving everyone $1000 (aka a week’s pay) for a crisis projected to last for months. Maybe we’ll try negative rates even though there’s no good evidence it will help. In reality it doesn’t matter because while every company and government entity is “doing their part” to “flatten the curve”, they’re collectively driving the market into a tailspin which has and will continue to restrict essential services beyond the reduction in new cases. We have bipartisan support for these measures and literally no one discussing the relative mortality between the virus and economic depression. The self inflicted death toll will outweigh the viral death toll by an order of magnitude when the dust clears...someday people will realize that the pain and suffering only stops when the world gets back to work. The beauty of creating a vocal majority who are all to blame for the meltdown is that at the end of the day, there’s no one to point a finger at. Alas, that won’t stop partisan hacks from blaming their favorite political boogeyman for our problems. 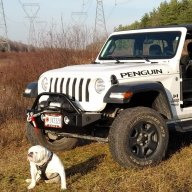 2020 Diesel JL said:
Is toilet paper going to be the new currency when there is only a few of us left roaming the earth in are diesel Wranglers??.
Click to expand...

I believe TP is now called "Buttcoin", due to all the panic buying and hoarding.

Gummiente62 said:
I believe TP is now called "Buttcoin", due to all the panic buying and hoarding.
Click to expand...

Jeep Capitulates to the Insanity
5 6 7