There's a button on the dash that you can push to turn it off.

OminousSkitter said:
Unfortunately this isn't accurate. Researchers at universities are pressured to get grants and publish to enhance the prestige of their university. Their jobs are at risk if they do not have tenure. What gets published is up to editors; what gets grants is up to politicians (not always but often).

[Side note: publicly-funded research should not be behind paywalls. Academic journals are -- sadly -- driven by profits and not science.]

LOL. Print this post out and put in a bottle or metal box to preserve the paper. Make it a heirloom to be passed down through the generations of your family, to be read only by your family members who are great grandchildren, or whomever it is in 2100. Let's just assume it's great grandchildren. You'll be long dead of course, but your great grandkids will certainly read this with great interest and disappointment.

They will of course be living on a hotter earth, with much more violent storms and floods on a regular basis. Due to the rapid melting of the ice at the poles (the mountains of ice currently sitting above sea level), global sea levels will be at least a foot or two higher. Most of the beaches and cities in places such Florida, will be destinations they have never actually visited on foot, because by then it will have been long abandoned and mostly flooded, as will the other coastal communities we enjoy today. Food and water shortages will be common for poor people in the U.S., and certainly for underdeveloped countries, but the rich will do okay as they always do. Civil unrest will be much more common because of the inequities and supply shortages.

Your great grandkids will wonder why people in the later 20th century and early 21st century did not do more when they might have bent the warming curve, if ever so slighty, while they had a chance to do so. Why did they do nothing when the scientists kept telling them to act? 4th graders will ask such questions frequently of teachers in schools. The teachers will say, "Well, they just didn't understand the importance of it, and people were selfish back then." Higher university level institutions will teach courses that dissect the issue, and conclude a cause of the paralysis to have been a combination of a poisonous political environment, corporate greed, and general gullibility of ordinary citizens in believing their corrupted political leaders, and disinformation on social and digital media.

To all that are wishy washy on the subject despite the clear science, don't worry you'll be dead like the rest of us and won't have to worry. Enjoy the world as it is today. It's pretty great. Most of us even enjoy a little warming, so we are the beneficiaries in a way of a climate man is changing for the worst long term. We are not the ones who will suffer. They are. If people alive today can live with that, then so be it and carry on. The earth doesn't care. Eventually, it will just become unlivable, maybe it will take 500 years, who knows. We are all just horrible tenants who will eventually be evicted.

Really--it's not getting under my skin, but what do you think you're accomplishing by purposefully making such ridiculous statements?

At the risk of telling you that you and pretty much everyone else here knows, a vehicle transmission applies the power of some plant to the wheels. And while transmission systems are often tailored to the engines that apply them with power, those engines could be anything that gets a wheel to move: gasoline, diesel, electric coal, etc.

If you want to continue such mindless statements then at least defend them. Topic: transmissions, automatic and manual alike apply power from some plant to the wheels. They don't "care" whether that power source is some poorly shielded and illegal nuclear power plant in the engine bay, electric from the sun, or something in between. Given this, how do manual transmission, agnostic to their power source, encourage carbon spew?

Let me beat you to the punch.

* Without transmissions an engine's power could only be applied with singular (highly inefficient) force and fossil fuel vehicles would be highly unpopular (as would the vehicles of any propulsion power plant.)

* You were referring to printed manuals, all while answering a poster's comments on manual transmissions.

Please put down the crack pipe, or at least the impression that you're taken hits from one. Revert back to honest yet equally absurd rationale that you want nothing more than a latching ESS button (given the EPA's rules on such things) that will cause a Wrangler to increase 50% in price.

I agree. Enough has been said. You've quoted a whopping two sources. The first is authored by a self proclaimed academically credentialess environmentalist.

Sure, "you don't need to freakin degree to..." I agree. So let's just look at what was said independent of its authors pedigree. Fair??

I wrote my own rebuttal and then realized this was better and briefer so I erased it.

The second article suggests the making of "clean" vehicles, and issues dealing with their used up products that causes not only more pollution, but harm to those mining the raw materials.

In fact "vehicles emit 1% of the emissions they did in the 60s," the piece says, failing to mention that CO2 levels are rising and there are substantially more ICE vehicles on the road today than in the 1960s."

Then there's the workers in the mines. And it is bad; no joke. But it is solved by purchasing raw materials from responsibly sourced outfits via (I know, a four letter word here) legislation. Will that raise prices, it will. Maybe the lives of humans are worth that. And don't think for a second that I'm not considering the economic impacts of that domestically--I am.

No way to properly dispose of the batteries...? Ways will be developed and we are trading off CO2 output by vehicles for other toxins--agreed. It's a lessor of two evils argument.

Then there's the fossil fuels burned in producing "clean vehicles."

The price of clean vehicles will go down with more produced, and the countries that make the batteries will switch to these now cheaper and cleaner power plants to produce said batteries.

And then there's.....legislation to force battery makers to track CO2 emission in the production of cleaner vehicles.

For every pro fossil fuel article there's 7 that shoot it down, and 30 that contradict it. The opposite isn't the case.

Do you think that it's because money doesn't fund opposition research--because of course, big oil lacks the $ or interest in pursuing such things?

And you don't think periodicals would publish that research in the interest of content sales if the potential harm to their reputation in doing so--given the lack of science--not the lack of the scientific community supporting them--might be greater?

I choose to interpret @rallydefault's "it" as the posts that you've add here that rather than offer meaningful dialogue, and respectful constructive debate, that are IMHO a cop out resort to ridiculous imagery, some of which is very hard to follow (maybe my simple mind) and therefore have its message obfuscated--however silly that message is.

If you acted this way on a debate stage do you think reasonable people would take you seriously?

Time for me to bug out.

@TEXGOAT , haven't you figured it out yet?? He just wants the attention. Reason means nothing. Facts mean nothing. He just gets his jollies by trying to antagonize people. Plus, you can talk a and reason, until you are blue in the face, but you just cannot fix stupid.
Also into Straight Razor Shaving, Restoration, and Honing.

All I have to say is whenever all of you have to leave California because you can’t live there any longer, please don’t move to NC and bring your toxic politics with you! 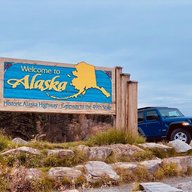 I actually believe in man-made global warming. If you go back to what I quoted and replied to, it was that scientists have nothing to gain.

Gee-pah said:
What get's grants is often up to organizations with ideology and criteria across both sides of the aisle
Click to expand...

Exactly. Some researchers and scientists might be driven by a love of data and the scientific method, but the people that fund them aren't. Papers get buried. It's a nice, romantic thought that science is pure and above the petty squabbles of politics and funding. I wish it were true.

Gee-pah said:
Journals may be in the business of selling content---fair. But that journal's reputation would suffer irreparable harm if they put forth research that didn't follow rigorous protocol.
Click to expand...

There are countless examples of papers that were published in well-respected journals that were later found out to be a bunch of nonsense -- no damage done to the journal, as people accept journals (just like news) sometimes rush to publish and be first, and it's difficult to find peer reviewers. Peer reviewers don't get notoriety, peer reviewing takes precious time away from their own research, and honestly sometimes there aren't enough peers to review something new.

There was a famous case in computer science where an algorithm 'wrote' papers using templates and a library of buzzwords (a la mad libs) that were published in several leading journals. It was only exposed as false when the authors of the algorithm published their findings about the state of computer science journals. In the end, no harm came to the journals' reputation.
There’s more than one way to burn a book. And the world is full of people running about with lit matches. – Ray Bradbury, Fahrenheit 451 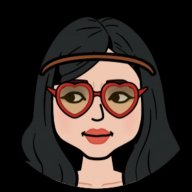 I have a Jeep Cherokee as a rental while my JL is in for service. ESS is so much smoother! I did learn from posting here that when your AC is blasting on high the ESS will deactivate in like 3 seconds.

When ESS turns on in my Jeep it almost always shuts off before I ever let my foot off the brake even with AC shut off so I can’t take full advantage of what it has to offer. But the Cherokee will stay on the entire time my foot is on the brake, it’s so nice! Argh.
Advertisement