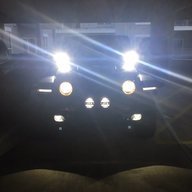 I went to the "major" Atlanta International Auto Show this weekend and it was such a joke we almost asked for a refund. Only brands there were Ford, Chevy, Jeep/Fiat, Toyota, Nissan, Lexus, and Subaru. No Tesla, Rivian, or anything European (Porsche, Mercedes, etc.). No exotics at all.

Wrangler-wise, Jeep had a 4xe and a standard Rubicon, that's it. None of the concept Jeeps, not even a 392. Ford had one regular Bronco there, a standard Mustang GT, and a 6cyl Mustang. No GT500 or anything interesting. No Raptor Bronco, not even a F-150 Raptor. Chevy had a new Z06, but it was roped off and you couldn't get within 5ft of it. Nissan had the new 400Z which was sorta cool.

Lamest car show I've ever been to. Guess that type of marketing is dead. 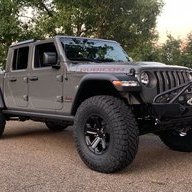 Detroit, New York, and Los Angeles are the only auto shows in the US affiliated with Organisation Internationale des Constructeurs d'Automobiles. That is where the major auto companies really show up. Lately, auto manufacturers have shown more support even to CES, where their in-car technology is showcased. The Atlanta show is mostly promoted by the Metro Atlanta Auto Dealers Association.

Occupation
I'm often occupied, by many things, often at the same time

Jeeps are so childish.

I sold a car to Carvana. Here's my story.