Apparently a New TSB came out today for Loose Steering

Goosed said:
Wait will be long. If they have been throwing all these parts and revisions and software at it with no fix after 3 years, writing is on the wall.
Click to expand...

One of my favorite songs: time is on my side.
Advertisement
OP
OP

pigpen said:
Folks, I’m knew to the forum. I have been considering buying a Jeep for many years and liked many of the changes that were made with the JL release, so I finally hopped off of the sofa this past October and went to a local dealer to test drive one. I had driven a Jeep back in 2000 for part of a year that was owned by a girl I was dating, but it was a 4 cyl. no frills model and pretty much sucked. That stated, I hadn’t done any research yet on reported problems with the JL prior to the test drive. At the dealer, I selected a lifted unlimited that was out front and as I drove it off the curb, I immediately noticed a lot of steering play, but wanted to see if it was simply tire size, etc., at a crawl. As I drove down the street, I found that the play in the steering continued on the flat, uncrowned road. When I eventually drove down a narrow, backwoods two-lane road, I found myself in a very tense state as I fought to keep it from veering into the opposite lane or off the edge of the road where tree trunks were very close to the edge. I went home and researched the issue and found all of the complaints. I check back occasionally to see whether or not the issue has been resolved post-investigation. I found a video on YouTube in December where a guy who sounded as though he was from the Jersey Shore show described each of the part replacements he had performed by the dealer with FCA upgraded/fixed parts to eventually have the problem resolved. After reading the posts in this and another thread in this forum, I’m still waiting for the JL to arrive at a state where the steering issue is flatly resolved in builds that are shipped from the factory. If my scan of the posts here was done well enough, it sounds as though I should continue to wait. Is that an accurate assessment if I am in no hurry?
Click to expand...

I ended having to trade in my JEEP because mine drove just as you describe. It almost was stressful driving the jeep. My mind was doing like 10000 computations per second trying to keep the jeep in a straight line. It’s kind of hard to explain but I’d never let my wife drive it for that reason. She would have gotten mad I spent all that money on such a shitty driving vehicle lol.

I really wish it had worked out as I loved the Jeep experience. Maybe next time.
2018' Jeep Wrangler Unlimited Sport - previous
Build Blog - Power Lock Installation for Sport Models Info

Woodbridge said:
Well we have some VERY bad news for FCA. Our 2020 Jeep Wrangler Rubicon Unlimited was built 8/2019 and has ALL the latest software and the AE steering box and has been to 4 Jeep dealers and ALL 4 dealers have stated that there is nothing that can be done to correct our loose steering, and that "FCA is aware of the problem". The final dealer told us to "safely" take our Jeep home and "park it"!!

We did just that and retained a top legal firm.
Click to expand...

So did they ever fix your steering problem?

Why is it so hard for FCA to do the right thing, instead they are sticking it to 20% of us with problems. Hope my wife doesn't get killed--surprised no one has been that we know of
OP
OP

Theres a new TSB now. Apparently now the fix is a new Steering Gear Box. This is good news for those that stuck it out.
2018' Jeep Wrangler Unlimited Sport - previous
Build Blog - Power Lock Installation for Sport Models Info 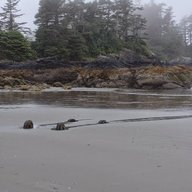 I wonder how many people have posted to all the threads about Wrangler and Gladiator Steering?

I'm grateful that there is a new TSB out. It was reported here and in the Gladiator forum. Reading the TSB Jeep states that if the owner has the complaints described the steering box will be replaced and there are other steps.
DaveL

It's a Jeep Thing! 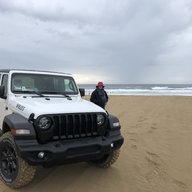 2mnycars said:
I wonder how many people have posted to all the threads about Wrangler and Gladiator Steering?

I'm grateful that there is a new TSB out. It was reported here and in the Gladiator forum. Reading the TSB Jeep states that if the owner has the complaints described the steering box will be replaced and there are other steps.
Click to expand...

I fixed my steering with an aftermarket bracket and adjustable LCAs. I’m wondering how much better the new steering box will be. 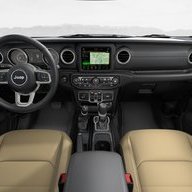 Go Outside said:
I fixed my steering with an aftermarket bracket and adjustable LCAs. I’m wondering how much better the new steering box will be.
Click to expand...

Would t hurt to get a new one.
"Buying a used Jeep is a lot like a box of chocolates; you never know what you might get"
Jeep = Just empty every pocket
A Volkswagen guy who loves Jeeps​ 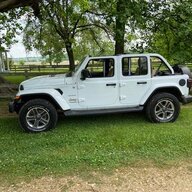 pigpen said:
One of my favorite songs: time is on my side.
Click to expand...

As Mick says "Yes it is"

Grateful1 said:
Would t hurt to get a new one.
Click to expand...

Or maybe it would. Ill wait until people review the new steering box. This is only Jeeps third or fourth attempt, it might not be ready yet and i don't want to give my jeep to the shop for nothing. Hell, it might be worse. 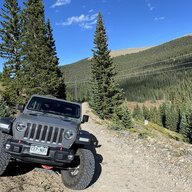 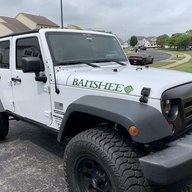 Rodeoflyer said:
yeah but define ‘sloppy steering’. I’d like to drive one of these really ‘sloppy’ 2’’ of dead spot, wandering all over the road Jeeps. I have a dead spot as well, but it’s the same like 1’’ of on-center play every SFA I’ve owned has had so it hasn’t bugged me. Upgrading the front lower control arms made a HUGE difference. Its like the clevite front control arm brushings were binding over road undulations and causing some bumpsteer but the Johnny joint lower control arms eliminated that. It tracks straight as an arrow now over any terrain.
Click to expand...

Just got the wife a 2020 Willys in July. I still have my 2013 JKU (my 6th Jeep).
I can safely say that of all 7 jeeps I’ve had, going back to 2007, NONE of them have wandered as bad as her brand spanking new JLU. That includes Jeeps with as much as 3.5 inch lift and 35” tires.
I honestly feel bad for her, as she was so excited to get her first Jeep and it drives like crap. 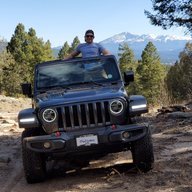 I dropped mine off at the dealership with TSB in hand. The guy I originally talked to said he was getting a lot of people complaining and showing him the TSB recently. He said they would check it out but if they found nothing wrong with it they wouldn't do any work. Came back the next day and the TSB was not performed. Talked to the service manager shortly after that and he will be ordering the parts and giving me a call when he has an ETA.
Advertisement
You must log in or register to reply here.
Share:
Facebook Twitter Reddit Email Link

TSB out for Loose Bolt on water pump