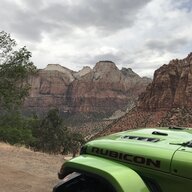 It would be irresponsible for me to criticize a Lithium based car battery, either Lithium Ion or Lithium Iron Phosphate without further knowledge on my part regarding what, if anything, the people at Antigravity have done to counter the following two phenomenon:

Lithium batteries of either of the two common chemistries, at least the vast majority of product offerings currently out there as of this writing, don't work (well) below 32 degrees F. The battery world is suggesting technologies that address that https://www.acs.org/content/acs/en/pressroom/presspacs/2022/acs-presspac-june-8-2022/lithium-ion-batteries-that-last-longer-in-extreme-cold.html#:~:text=Lithium-ion batteries are great,fail to transfer any charge. so maybe, like all relatively new paradigms, it's just a matter of time before such issues of temperature become less of a concern in the Lithium chemistry world.

The second issue is heat and fire. Most of us have heard of fires in homes that have been started by Lithium Ion batteries, which in their current state aren't the greatest fans of heat either.

I don't want to be a "gloomy gus." So let me counterbalance these concerns with two pluses.

First, it is generally recognized that Lithium Iron Phosphate LiFePO4 batteries tend to be very stable. Technically, this isn't true. More accurately stated it is the BMS or battery monitoring systems invariable found in the versions of these batteries that consumers don't make themselves with individual cells, that enable the batteries to be stable. So maybe similar controls will make Lithium Ion batteries safer.

Secondly, the ability to store more power in lighter weight lies at the future of electric propulsion. When I sought out a battery to run my dash camera, that could safely sit in the Wrangler cabin (i.e. Lead Acid not being a favored choice) and deal with the cold, I came across the Lead Crystal, a.k.a. Silicon Dioxide https://azimuthsolar.ca/reviews-resources-research/silicon-dioxide-lead-crystal-batteries/ chemistry. It seemed almost to good to be true in its ability to be discharged, recharged, immune to temperature, and stability. I had read about its use in military tanks, and its ability to be shot at and not only not become dangerous, but still operate.

Then I discovered their weight--which for their power is poor. Now, for my puny dash cam power needs, the difference in weight between this chemistry and others is minimal. But when we start talking about what's needed under the hood for ICE engine vehicles, let alone those whose propulsion is based on batteries, weight takes on greater and greater importance.

what batteries are in EVs?
JLUR X-Country Road Trip

sherpaJL said:
what batteries are in EVs?
Click to expand...

Teslas also suffer from range decreases in cold, and the mechanisms that warm batteries up often come at the expense of robbing them of some of the very power that we'd hope that this heat would prevent them from losing.
Sponsored
You must log in or register to reply here.
Share:
Facebook Twitter Reddit Email Link