future ocean blue said:
Test drive both and not for just 10 miles. Tell the dealer you need each one for a day or so. They will let you take one if they know you are serious. Check with your insurance agent and see what the cost of both are. Think about what you are going to do with the Jeep. What things you want to add to it. Then go with the one you love more. ie: go with the heart and gut after using your brain.

I went with the JLU sport...base model.

albatross said:
I had the same questions and ended up going with a Rubicon.

When I read this:


It makes me think you'd be just as happy with a Sport S. Sure, the Rubicon is probably the best off-road vehicle available out of the box but Sports are very capable machines.

Oh, and in case you were curious, I ended up going with the Rubicon mostly because my Jeep is a retirement gift to myself so I figured I'd splurge a little. Otherwise, I probably would've gone with a Sport myself.

In the end, I'm sure you'll love whatever you choose.

This is one of the more honest posts you'll read. Someone who is sensible explanation rather than "BUY THIS!" lol
I will not be participating in this forum as of 8/31/2018. It's been a fun ride, but it's time to move on. Take care. 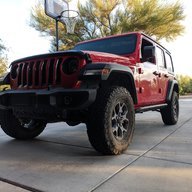 I was in the same place. Then went and looked at the Rubicon and really didn't like how it looked. Too big and aggressive. Ha, I know, I'm just messed up in the head.
Ordered the Sport S. Both are great vehicles that will do anything I need them to do and I'm happy to have the $6K.
2018 JLU Sport S, 3.6L, Manual, Red, LSD, Rubi Takeoff Wheels/Tires, 7" Infotainment 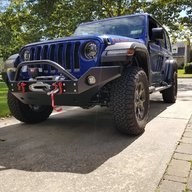 First and foremost, buy the one you can afford. Too many people over extend.
But if you can afford either, buy the one that will make you happy.
I live on long island..i would have to drive hours just to get to moderate trails so in all likelihood, i wil never need a rubicon.
But, i bought the rubicon anyway.....i can aford it, i love the way it looks, and i am kind of a captain overkill when it comes to machines and tools. Why buy the tiny black and decker 1/4 inch drill when you can get a monster milwaukee hole hawg.
I like the bigger axles, built in lift, 4.10 gears, lockers, bigger tires. For me, it was a no brainer to get the rubicon.
Other guys may think im stupid.
So, get what YOU like and can afford

Like many others (and you), I was in the same boat...almost went with a loaded Sport S, then a Sahara...but after pricing the various modifications, it made more economical sense to just get the rubicon. To summarize...if the rubicon is in your budget, go for it. At a minimum, I would recommend the options that others have pointed out - LED lights, tow package, Alpine stereo.
OP

So yes the Rubicon is a Wrangler on steroids. But if I’m not going to be doing any kind of off-roading that the skid plates and rock rails will be utilized is it still worth having? (The Rubicon) the axles and driveshafts are beefier. But the sports axles and driveshafts aren’t fragile are they? Again. I’ll most likely just be doing trails. Stuff in the Big Bear and Southern California area. 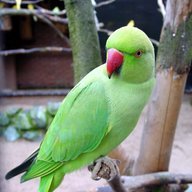 Rubicon is great, but I would never use the off road extras
and by the time I beef up a sport S to match the Sahara the price is very close

Rubicon is great, but I would never use the off road extras
and by the time I beef up a sport S to match the Sahara the price is very close
Click to expand...

SOON said:
So yes the Rubicon is a Wrangler on steroids. But if I’m not going to be doing any kind of off-roading that the skid plates and rock rails will be utilized is it still worth having? (The Rubicon) the axles and driveshafts are beefier. But the sports axles and driveshafts aren’t fragile are they? Again. I’ll most likely just be doing trails. Stuff in the Big Bear and Southern California area.
Click to expand...

I think it goes back to the old saying, better to have it and not need it. A sport will do just fine for what you are describing, but the light trails/etc are just the start, who knows where the offload adventures lead after that. It's a big investment and my view was that if I am going to be spending all this cheddar on a vehicle, then might as well get the one I won't want to modify as much (sure, may add a lift and bigger tires down the road, but don't feel any need to rush into it; whereas with a sport I would rush into it).

You'll like either one, both are great, just grab the one that does not make your inner voice scream in opposition. 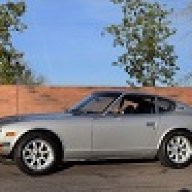 I'm planning on ordering a well optioned 2019 2 dr Sport S . I had briefly considered a Rubicon too, especially when all the options I added to a Sport S, the price was up there (still much less than a Rubicon however). I have owned several 4wd vehicles in the past (including an older Wrangler) and I know the kind of 4 wheeling I will be doing. I don't need a Rubicon, and I don't plan on lifting it a bunch or huge tires. In fact, I rather have the higher gear ratio (3:45) on the Sport S than the 4:10 on the Rubicon. Also, I rather not have the 4:1 transfer case for the type of terrain I plan on covering. Don't get me wrong, the Rubicon is fantastic at rock crawling and such, but that's not my thing. I believe the Sport S will also give me a little better MPG and lower RPM on the highway. I will 4 wheel mine too, but the fact is it will spend more time on the highway than off, and I'm not into "lets see how big a rock I can climb" Not that there is anything wrong with that, I love watching other peoples You-tube videos, in amazement of what a Rubicon can do. But it's not my thing.

Figure out how you plan on using your Jeep. Daily driver? MPG important? Rock Crawling? What percentage on/off road? If you plan on big tires, maybe the lower gears of the Rubicon make sense for you? I know its a hard decision, like I said I considered both. The right one for me will be the Sport S. 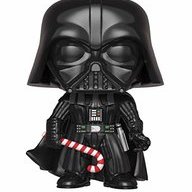 WXman said:
Apples to apples the difference is more than $6,000. But the obvious question you have to ask yourself is, "what could I buy for the Jeep with several thousand dollars?" And the answer is that you could buy a lot.

You can deck out a Sport S with all the options, lift it higher than a Rubicon, and put bigger tires on it than a Rubicon, and still have less money spent. Since you admit you won't be wheeling it hard, this may be the better option.
Click to expand...

So he doesn't plan on taking his Jeep off road, so you're advice is to put massive lift and tires on it? So he looks like an even bigger poseur?

Just messin' with you, I get what you're point is. A lot of the aftermarket customized Wranglers at local dealers are Sport or Sport S models, people can spend the same and get a more "personalized" Jeep for about the same amount.

Rubicon. You will not ever be sorry you did it.

not really a pro, a preference 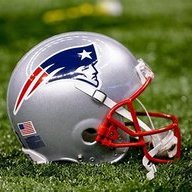 It's what you can afford, what you want to spend and what you plan to do with it that should steer you to your Wrangler. We test drove the Sahara and a Rubicon when one finally showed on a dealer lot. We wanted most of the available options so the sport wasn't considered. We were surprised how the Rubicon drove. It was a little stiffer but not that much. The looks along with the heavier brakes and suspension made us believe the Rubicon would hold up longer and hold value. I did like the looks of the Sahara's interior better and it was hard to decide but the Rubicon won us over. We plan to take some trails in New Hampshire in August but are staying away from the big rocks that some enjoy navigating.

I tend to approach purchases as exercises in short and long term gain. Reason first, then emotion second.

1) What would you do with the $6,000 difference? If you've got it in hand, a return of only 6% in the market would give you $11K after 10 years and $15.6K after 15. If you'd spend it on upgrades, there's no benefit to saving money with the Sport. It helps to look at the actual long term costs of current purchase decisions.
2) What kind of sacrifices (if any) would you have to make to swallow the extra monthly payment?
3) There are other costs to consider. In OC, CA sales tax is close to 8% so that's another $480 on your purchase. Also in CA, registration is based off purchase price, so reg fees would be higher, every year. Insurance may be higher for a Rubi. With the big AT tires and 4.10 gears you'll use more gas. Will one hold its value better than the other? Some say Rubi, others say the Sport is depreciation champ. Are you financing? How many months? Can you qualify for a low interest rate? If yes the $6K difference won't make too much of a difference in interest charges.

These are some of the *accountant* facets to consider. You have to weigh these against the perceived emotional gratification you get from the purchase/ownership. How long does the excitement of a recent purchase stay with you before it begins to become normal? Will it help you influence people and make friends? Will more people want to ride in your Jeep because it's a Rubi?

Only you can answer these questions. If your expected emotional benefits outweigh the financial considerations, go for it and get the Rubi. Best wishes with your decision!
Advertisement
You must log in or register to reply here.
Share:
Facebook Twitter Reddit Email Link