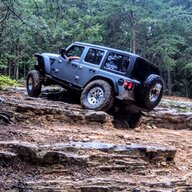 ALEX-4LO said:
Very nice!
I need my wife to approve some bigger axles!
Click to expand...

Another thought...If your end goal is to run 40s on d60s, why not stick with your current axles and 38s until you can afford new axles? Unless you're doing the labor, you're prob gonna spend another $3k+ adding RCV's/trussing d44 axles as a short term solution. I imagine you likely wont recoup a large portion of that when you go to sell the d44s.

Was on the 2" Dynatrac starter lift, with both Synergy and SteerSmarts to fill what was missing. I pulled the Dynatrac parts and replaced them with 3.5" Metalcloak Gamechanger parts. Now on a Metalcloak/Synergy/SteerSmarts hybrid kit. Some comparisons of both. 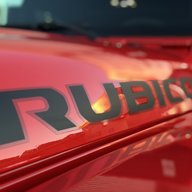 anotheraznguy said:
So far i had to replace my PSC ram from 6.75 to 8" stroke. The steering stops on the knuckles are meant to be cut down. When i had the shorter stroke ram my steering sucked. Now its a lot better with the new ram but i havent compared it to what a stock jl can do in terms of turning/steering angle.

Another thing with the Fusion axles is that they require you to go with more than 3.5" bumpstops in the front. This is because the drag link at the pitman arm will hit the drag link at full compression if both shocks are bottomed out. Ie down ledges or landing after jump.

Other issues i ran into personally was i had to trim artec skids slightly on the driver side bracket. I also had a leaky front pinion seal. They shipped a new one out and took care of me without any questions asked. Other than those 2 issues i don't have anything else bad to say about them.

FYi i have only taken it to two hard trails so far so i haven't beaten the crap out of them yet.

Was going to do fordyce this weekend but some things have come up. Will be doing Dusy and Barret end of this month though so it should be a decent test.

Let me know when you go to fordyce. I live in Stockton and can tag along with you, lol. I’ve been wanting to go there but I don’t have nobody to go with and don’t want to go alone. 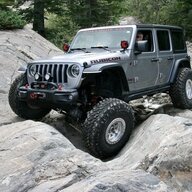 Finally took it out for its maiden voyage on the new setup with UD 60’s and 40” Nitto’s. I got to stretch it out a bit, nothing too technical but I’m loving it so far. Next week we’re heading up to a trail that will really tell me how it’s going to work. 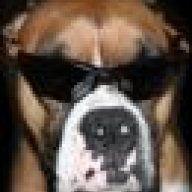 Where did you go?
Andy
Owner @ Traction Off Road

DOOKEY said:
Where did you go?
Click to expand...

Real offroad flex requires a road trip out of state. That'll come in the near future, when work settles down for the cold season. For now, a clearance check with the new and higher lift.

Who has some new pics?
Andy
Owner @ Traction Off Road

Here’s a couple for you. How is everything working for you?
Andy
Owner @ Traction Off Road

DOOKEY said:
How is everything working for you?
Click to expand...

So far so good. I am absolutely loving the new setup. I still have some minor rubbing at full stuff but that’s to be expected with the 40’s I guess.

I know I definitely need the PSC hydraulic assist steering. Obviously it’s tough to turn locked up. We’ll see how I do in Moab. Getting ready to make my first trip over there so I’m really excited to see how it does. Believe it or not, I’ve never been to Moab before! I will probably order as soon as I get back and find someone to do the install.
1973 CJ-5 - Sold
1999 TJ - Sold
2019 JL Rubicon Unlimited

You'll love Moab. There is so much traction you don't really need lockers all that often. So it may help your steering a bit. PSC is definitely the way to go.
Andy
Owner @ Traction Off Road

DOOKEY said:
You'll love Moab. There is so much traction you don't really need lockers all that often. So it may help your steering a bit. PSC is definitely the way to go.
Click to expand...

Xtremetj said:
Recommend any in particular to do the work? Someone who’s done a few. I don’t like being the first one someone’s done.
Click to expand...

I did mine myself. So it can't be that difficult.

Also means I don't know who to recommend. I don't pay others to mess up what I can mess up myself.