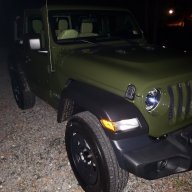 Hey guys, been running my jeep for a few months since I picked her up. Just a bit of back story for context, I bought my first jeep in 2008, it was a 05 tj with an auto, I didn't know how to stick so I thought I'd be happier with the auto. Shortly after I learned how to drive stick while deployed to Afghanistan in 2009 on a 1990s Toyota hilux 4cy diesel. It was all dirt and "moondust". It was a BLAST. gave me the bug for manual tranny. I drove the tj until 2017, I had to sell it for chump change for cash. in 2015 I bought a harley sportster, drove it for many many miles, again selling it for cash at the same time I sold the jeep.

In November 2020 I picked up my 2dr sport with a stick. I knew I wanted the stick this time, giving me throwbacks to my fun in the moondust of Afghanistan.

But...I have to say I am not impressed, at all. The tranny shifts very smooth, but the clutch pedal feels like slosh, I've had it for 4 months and 7k miles and still have a hard time finding the friction zone. I dont stall it, but it is miles different of an experience then my sportster and the old hilux. Starting in first on level ground and I find myself still giving too much throttle or not enough. The clutch seeming to engage differently every time I go to let up the pedal.

Its got me even not wanting to take it off road at all. How the hell am I going to go up a hill offroad in 4lo when the smallest rock that gets in my way threatens to stall me out. There just seems to be no slow speed (<5mph) control in this thing.

Don't get me started on reverse gear.

I dont plan on a crazy build with this jeep, I dont want no more than 33s (maybe 35s...) small lift, thinking stock rubi takeoff suspension. My question here is what things can I do to help remedy this crappy gear ratios in the tranny? I dont want to have to be manipulating the clutch pedal non stop while offroad. I'd been considering a axle ratio change and going overkill with it for the tire size. I'm not worried about gas millage, I just want to enjoy this thing...

Sorry for the wall of text and potentially my ignorance on the matter. I just don't want to ruin the tranny by treating it like my sporty or hilux (I've heard terrible things about very premature clutch wear after very very short amounts of time in this tranny). Thinks for any advice 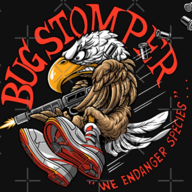 I still remember the first time I drove a manual JL, and how shocked I was how light the clutch pedal was. I'm old and I've owned a variety of vehicles (all manual transmission) since I learned to drive, from Corollas to Corvettes to Xterras, they all drive differently, but this JL definitely differs the most.

I had similar observation about the funny gear ratios, I still rarely use 6th, and for a while was considering a re-gear, but then I thought, I can just shift around to get the most out of this machine, I'm in control.

Yeh. I just don't want to be hovering my foot over the clutch waiting to smash it in to keep from stalling when I'm in reverse or 1st gear. Seems like the only way I can reverse in a decent slow speed is by 2-3k rpm and riding the clutch. Otherwise I'm reversing at 10 miles per hour...in a parking lot where you don't want to hit any uncontrolled kids or mindless pedestrians. Doesn't help that my driveway is off a very busy 55mph highway and you have to back into traffic and on an incline...

I’m having more trouble learning this clutch than any of the 4 I had prior to this, so I think I understand your frustrations. Throw in an ESS stall or two in an intersection and I start to question my abilities to manage this clutch.
I’ve noticed it prefers being driven hard. My two thoughts are I might need to accept that I’ll finally wear a clutch out or that I should go aftermarket. I’m idly following Centerforce’s issues. It seems like those who got good clutches loved them and raved about how these inconsistency issues went away with the aftermarket install.
OP

Yeah hah, it does seem to love being ridden hard as not to stall it. But it wasn't engineered for anything other than a Sunday drive with miss daisy. I'm terrified to have to have a 1000$$ clutch replacement before I even hit 10k miles! TWO OVERHEATING recalls in less than a year. I know ur not supposed to ride a clutch...I've seen why you're not supposed to do it. But this jeep makes me feel like I have to to keep it running! 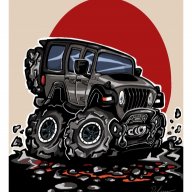 Took me a bit to get use to the clutch also, it’s unlike any other I have used. Add that to an electronically controlled throttle and it’s a hell of a mix.

The transmission is a ASIN unit, one tough gearbox (Japanese). The clutch has shown some great resilience in my Jeep, I have not been kind to it and it’s still working like a champ going on 40k. 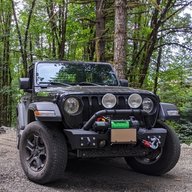 I feel the same way. I've got two decades driving many different manuals, and after 18 months with the JL, I'm ready to point the finger at the clutch being janky and not me being unable to figure it out... That behind said, it's been in the shop for two weeks with a non-responsive clutch pedal (at 13k miles) so, maybe the problem has been a flakey part all along? 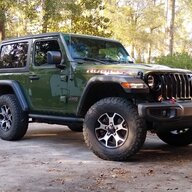 I've driven manual vehicles all my life...going on 20 years. This Jeep is by far the trickiest of them all, so don't feel bad. I don't think there is an actual problem, it's just an odd clutch and first gear ratio. 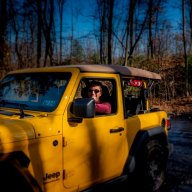 I had the same stalling issues with 1st gear, and I have been driving sticks since 1997. For me, it was the throttle not being responsive enough to get it through the friction zone. I installed a throttle controller and have had no issues with it since. It truly changed the driving characteristics.

Dr. RGB said:
I had the same stalling issues with 1st gear, and I have been driving sticks since 1997. For me, it was the throttle not being responsive enough to get it through the friction zone. I installed a throttle controller and have had no issues with it since. It truly changed the driving characteristics.
Click to expand...

Oh man I gotta try one now, thanks for the info

JLRyder said:
Oh man I gotta try one now, thanks for the info

They are relatively inexpensive for what it does, it took only a few minutes to install, and you can take it out when you need to go to the dealership. Honestly, I cannot remember the last time that I stalled the Jeep (on and off road). I was going between the IDrive and the HikeIt (they both look similar and do the same things). I found a discount code for the HikeIt and paid less than $200 for the X9.
Advertisement
You must log in or register to reply here.
Share:
Facebook Twitter Reddit Email Link