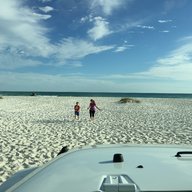 My 2021 Rubicon Diesel just hit 100 miles, so I captured some of my initial thoughts, as it feels like an entirely different vehicle. For context, my previous Jeep was a loaded 18' Sahara Unlimited with the 2.0 Turbo eTorque w/ 8-speed. I would describe the driving experience of the 2.0 Turbo eTorque w/ 8-speed as "motivated". The 2.0 definitely felt "light" as a result of maximum torque available just off idle. It never felt "lazy" or "taxed" by any means, which is how I would describe my old 17' JKU with the 3.6 and outdated automatic.

The 21' Rubicon Diesel feels most like the 2.0 in that torque is available off idle. That being said it doesn't feel nearly as "motivated" or "spritely" as the gas engine, but rather feels more tractor-like as if its a bigger vehicle. That's not to say it feels heavy or sloppy, but rather everything about the diesel feels deliberate much like piloting a freight train. Oddly, the ride is more plush than the 18' Sahara Unlimited 2.0 eTorque. That could be due to the Rubicon Diesel having a heavier engine up front, as well as steel front and rear bumpers, along with new springs/shocks to support the diesel version.

The steering of the diesel is also completely different - it's much lighter. The transmission is the beefier version found in the RAM truck, and between the programming and greater engine braking ability of the diesel engine, you can really feel it during deceleration. It's very HD Truck-like while with the 2.0 and 3.6 there was very little engine braking noticeable. The plush ride, light steering, and power delivery may contribute to the deliberate feel of the diesel vs the "motivated" feel of the 2.0 eTorque. While the 2.0 feels light and nimble like a smaller car, the diesel feels as though the steering wheel is used as a tool to select heading, the throttle is used to set power, and it'll simply plow along like an industrial machine until it runs out of fuel. It's unflappable.

I enjoyed the 2.0 because it make the Jeep feel "alive" and motivated and would definitely choose it again over the 3.6. The Rubicon Diesel is a completely different driving experience and enough of a departure from the gas offerings that it should be considered on it's own. There's more here than simply an increase in MPG or torque. It may look the same on the outside as your JL...but this is not your JL. So far I'm enjoying it. I won't start an internet war by saying it's better, as everyone has their own use case and preference, but I can definitely say it's a different experience.

Don't judge it one way or the other based on specs alone. There's more here.

Hope someone finds this useful!
Advertisement

Nice review. The EcoD is a great engine. Got one in my ‘16 Ram 1500 4x4 four door. It’ll break 30 mpg on the highway and I’m currently on a trip pulling a 24 ft TT and averaging 16 mpg over the past 830 interstate highway miles running 70-75. Mine‘s got 63k miles and has been a GREAT truck. You’ll love it IF your driving is trips long enough to get it warm. If you typically run 3 or 4 miles at a time, I STRONGLY suggest you make a point at least weekly of getting her out on the road and running at speed for at least 15-20 miles or so. If you don’t, you’ll wind up with issues with the emissions system (dpf clogging up), lots of regens, etc. IF you drive one and typically let it run at operating speed for a few miles per trip, she’ll be great. Love mine in my truck. My Jeep is my run around, short haul and “exploring” toy. I like the 2 door and for the way I knew it would be driven, got the2.0 T. Congrats on your new ride!

Following. Need all the info on diesels possible. Making my decision soon. Leaning towards a diesel. 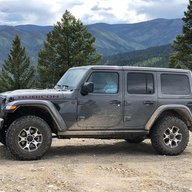 Beowulf said:
Following. Need all the info on diesels possible. Making my decision soon. Leaning towards a diesel.
Click to expand...

Drove a Rubicon for the first time....initial thoughts