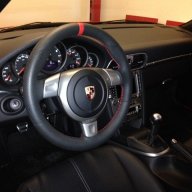 zouch said:
i test drove the EcoDiesel, and had to have one.
configured what i wanted, shopped it around, and received my ordered vehicle in under a month.

put a bunch of stuff into it and under it (because, J**p?) and was pretty happy with how it was coming along until the Fuel Pump let go and destroyed the entire Fuel System at just over 4K miles. am now waiting on stupid parts (lift pump, fuel lines), with no ETA from J**p as to when they'll even be able to tell me when they'll be available.

after-the-fact research shows that the Bosh CP4 fuel pump used in these has been used in a number of other vehicles for years already, and may have problems due to the poor lubricity of the ULSD fuel in the USA. AAMOF, it would appear that there are multiple Class Action Suits and other issues pending against Mfrs who used this pump in vehicles for the US market.
this isn't my first diesel, and i'm familiar and comfortable with being careful about what fuel i feed one, but seriously doubt i should have been able to kill it in 4000 miles even if i was trying.

yeah, i'm pissed right now, because i loved driving it, and was looking forward to really using it for what it's for (like i did with previous J**ps).
Click to expand...

Poll: If you had to do it all over again, would you buy another Diesel Wrang!er??
2 3 4