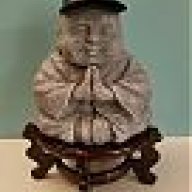 My brand new Wrangler Sahara 2.0l has been at the dealer's service center since about August 12th.

It had been driving (/ working) beautifully before that (delivery in late December 2018 & has about 2500 miles on the odometer, IIRC).
[The only other issues I've had is that the Uconnect system refused to display the backup camera once, & a lever for the center armrest console that pops off occasionally.]

One fine day it refused to start (it had been parked for 2 days).
Road-side assistance jump-started it (the next day) & the engine started running. It was left running for about 20 minutes & turned OFF.

When tried to restart again it wouldn't start, so I had a second road-side assistance person tow it to the dealership (luckily the same dealership that it was purchased from).

Dealership changed the battery (the advisor informed me that it was severely drained) but still got codes the following day & kept it for observation.
Turned out it was the generator, or at-least that's what it seems like for now.
The part is back-ordered & the current ETA is the 29th of August, which is ridiculous for such an in-demand vehicle.

I can live without a car during my regular work week but have picked up a loaner from the dealership to run errands.

However, it's disappointing that a brand new Jeep (about 8 months old) with so few miles should need to be in the shop for about a month, when a new owner is making loan payments. Ironically, I purchased the Sahara to have a rugged trouble-free driver & occasionally take on the trails.

In the meantime, I've received the V41 recall letter & have informed the dealership to have that taken care off & also perform the first oil change ...