A few days after purchasing my first Jeep, a 2018 JL with less than 5K miles, I discovered damp carpet in the area of the driver side foot well. In an attempt to identify the problem I removed the trim piece along the front driver side door and the front driver side carpet. I did not remove the rear carpet. The front carpet was quite saturated but there were no obvious signs of water intrusion. There was some residual moisture in the foot well. I wiped down the foot well and dried the carpet. It was then I recalled the words of a good friend. A Jeep owner himself told me, “when you buy a Jeep it comes with a water leak,”. I laughed it off... my other car is a BMW and it came with an oil leak.

My initial assumptions lead me to believe the water dripped into the Jeep when the driver door was opened. Let’s face it, the fact that water drips off the roof channels into the Jeep when front doors are open is the result of a crappy design. So that’s that, I thought... after all, it was raining like cats and dogs the day I bought the Jeep. I reinstalled the carpet and things were fine for a couple of weeks. Coincidentally we had no rainstorms for two weeks, only a sprinkle or two.

Eventually it happened two more times. I discovered wet carpet, removed wet carpet, dried wet carpet, reinstalled carpet, but not after incident # 3. I began to think, maybe I didn’t completely close the driver side door. Perhaps rain water seeped in through the door gasket, and found its way to the foot well, etc. Low and behold, leak incident #4 was a bit more telling. You see, in between leak #3 and #4, I installed a set of Weather Tech floor mats. Leak #4 presented itself as a quarter sized spot near the WeatherTech logo and an inch of water in the floor well. Water is seeping in and following a path under the sides of the floor mat.

I’ve had the vehicle to the dealership three times “they can’t duplicate the issue” but that’s another story. To date the dealer has replaced the driver side door gasket but that has not resolved the issue. The service rep says “we’ve had Jeeps in and out many, many times over the course of six months before we’ve got the root of a leak problem”. I’m not surprised and relatively patient, it’s just an inconvenience at this point. 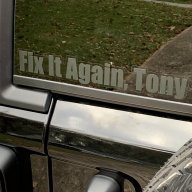 Check your drain tubes behind the windshield A pillars. This post may help. 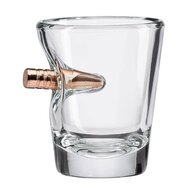 YippieKiYayMrFalcon said:
Check your drain tubes behind the windshield A pillars. This post may help.

Update: My 2018 JL Sahara is still leaking water as described in the July 3 2020 post above. I’ve had the Jeep in and out of the local dealership at least 6 times “under the rain shower” what ever the hell that is... the dealership has not once been able to replicate the leak in the 30 some days they have had the vehicle in their care.

The back and forth saga has gone on four months now. I’ve lost track of some detail but somewhere between trip 2 and 3, while searching for the issue, I noticed an open hole on the driver side near the master cylinder. I brought this to the dealers attention and they ordered a ‘dash plug’. Once installed, I thought for sure this would resolve the leak. It did not.

Roll back.... I have an open case with Chrysler Jeep Management they have been keeping tabs with me and the dealership and their awareness of the issue is well documented. They are aware of two leaks (driver footwell which is the worst and most annoying leak) and (water leaking on passenger seat) The roof gasket that meets the freedom panel was most recently replaced.

With the driver side foot well leak occurring at times of heavier rain I end up with evidence for the dealership to pursue further maybe once a month or every other month... Today (10/29) was the first day in a while. It rained the night before, I opened the Jeep to find water, and immediately drove to the dealership to say “see more water”. I had no intention of dropping the Jeep off, at that time, I just wanted to demonstrate, for the record, the issue still exists.

When I got back home i did some more investigation, something I fear the dealership is not doing. Anyways. I removed the trim paneling to the left of the brake pedal that runs along the driver side and door sill. It’s evident, from residual water droplets, the water is weeping in from somewhere along the side and down into the foot well. I thought for sure the missing dash plug was the culprit, perhaps it was one of two or three issues.

Ah ha! As I’m contorted under the dash I observe wiring that catches my attention. An evident patch job of two cable bundles that plug into the larger box behind the security gateway module. What could explain why these cables appear as they do? Is this factory work, dealership work the previous owner? It’s very odd, but also in the area of the leak.

I will be calling in an update with Chrysler case management in the morning to apprise them of my findings.

Any words of wisdom?