todays VAG 1.8T's are DI but older ones like i have + had were not. my 2001 TT 225hp stock is said to be able to handle 400 hp + good torque with stock internals, its the big torque down low thats hard on engines, drivetrains + clutches. there was a special slightly weaker tune for newer DSG cars. Vag advertised power outputs were conservative as APR dyno's show stock wheel power output matching advertised power outputs! turbocharged subarus in the past were very weak until higher rpm to protect their somewhat fragile awd drivetrain. i tested a 2001 WRX in 2001 + it felt doggy compared to the 2001 1,8T jetta i bought with only 150 hp + 162 TQ advertised, subaru also felt like a tin can compared to the VW IMO!!!
Advertisement
Last edited: Dec 19, 2017 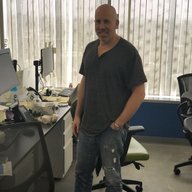 if its done right it will perform + hopefully hold together!!! todays clean sheet build engines usually have teething issues. i never buy a first year offering as you are the Beta tester!!!!

PhoenixM3 said:
I was primarily stating that the turbo motor will be easier/cheaper to modify for more power. I wasn't taking into account which engine a buyer would choose, because most probably already know and are saving their pennies for modifications anyway.
Click to expand...

So it’s sounds like your a fan of new engine

having had several turbo'd engines i can say i love them!! but as noted they gotta be done right, so if you have enough $$$ to dump it if its not so good i would get one as even just a decent turbo will outperform the outdated naturally aspirated lump unless they update it enough to compete. with better mpg possible + prolly more profits FCA will push the smaller turbo'd engine IMO